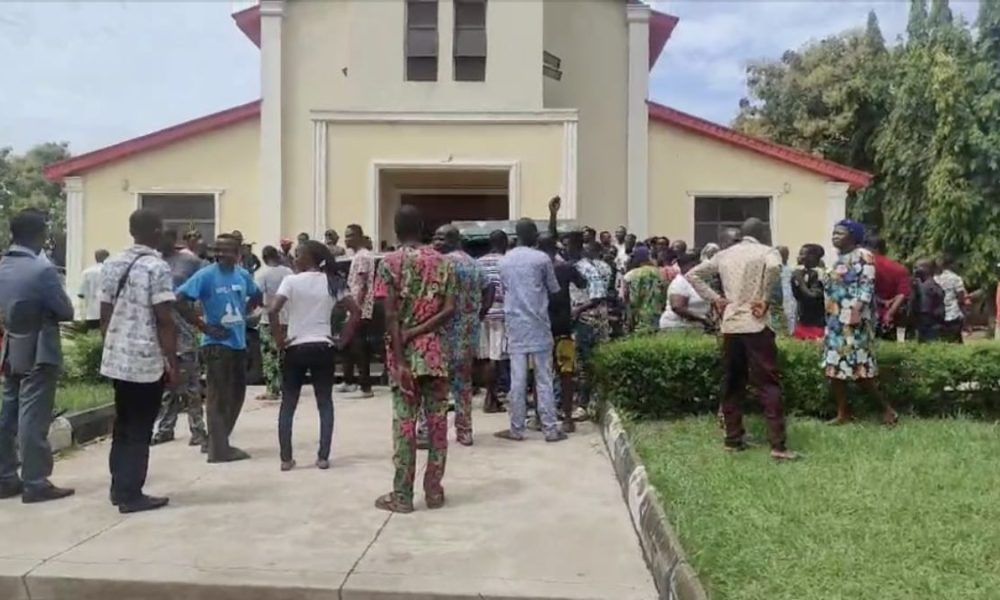 The Catholic Diocese of Ondo has asked the government to speedily prosecute the suspects arrested in connection to the June 5 attack on St Francis Catholic Church, Owo.

Naija News recalls that the attack had led to the death of no fewer than 40 worshippers with at least 80 persons injured.

Reacting to the arrest via its verified Facebook page in a short message with the hashtag ‘#June5 #wewillneverforget’, the diocese said, “the apprehension of those responsible for the attack at our St. Francis Church in Owo is welcome news; however, we feel strongly that the criminals that carried out this horrific attack, as well as those that supported their evil efforts, must now be prosecuted to the full extent of the law”.

The Vatican, in a newsletter while sending its condolences to the people of Owo, had described the actions of the terrorists as an ‘unspeakable violence’.

Pope Francis also prayed for the repose of the souls of the victims of the attack.