2024 preview? Cheney telegraphs her next, direct shot at Trump 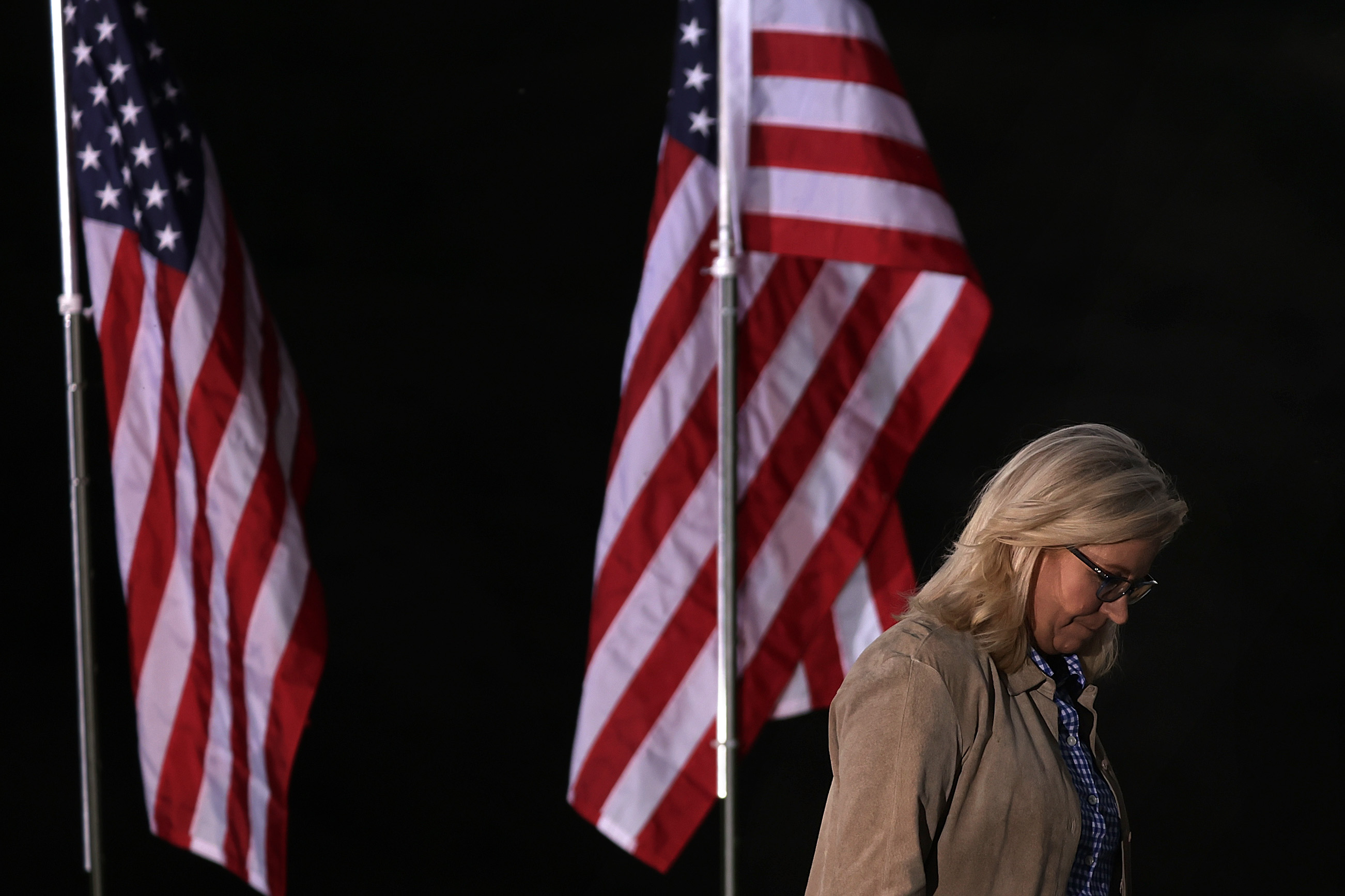 JACKSON, Wyo. — Conceding defeat at sunset before a picturesque ranch vista Tuesday night, Liz Cheney invoked the legacy of an iconic Republican who lost multiple elections before winning the presidency.

Abraham Lincoln, the “great and original champion of our party” as she put it, “ultimately prevailed. He saved our union and he defined our obligation as Americans for all of history.” When she finished speaking, some supporters left the scene in tears at her primary loss to Harriet Hageman, a conservative backed by the former president whom Cheney has made her nemesis — but implicit in her historical reference was a new promise to keep the 2024 presidential race in her sights.

The big question facing Cheney now, after 17 months that took her from No. 3 House GOP leader to defeat at the hands of Donald Trump, is whether she has any space to run in the party she is openly describing herself as committed to saving from him.

“To continue to have a podium to speak from, she would have to be a national candidate,” said Paul Vogelheim, a Republican candidate for Wyoming’s state legislature who attended Cheney’s concession speech. Vogelheim predicted Cheney would stick to the GOP presidential primary if she runs in 2024, recalling her “emphatic” vow that she wouldn’t be changing parties.

If Cheney runs, as she confirmed on Wednesday morning that she’s considering, it won’t be a surprise: She’s fanned speculation for more than a year about her next steps, stating in the spring of 2021 that she wouldn’t rule out seeking the White House as her fellow House Republicans began plotting her eviction from leadership.

And the way she ran her House campaign, running national ads that seemed to speak past Wyoming’s conservative voters and shoring up her coffers, only boosted speculation in Washington that she was already looking beyond her state. She quickly announced Wednesday morning in a POLITICO exclusive that she’ll be forming a new group “to mobilize a unified effort to oppose any Donald Trump campaign for president,” as her spokespeson put it.

Ultimately, she lost by the overwhelming margin that most public polls forecast. Kevin McCarthy, who’s poised to claim the speaker’s gavel once seen as a possible prize for Cheney herself, called it a “referendum” on her work alongside Democrats investigating Trump on the Jan. 6 select committee. But other colleagues saw her as already looking beyond her own primary battle.

“You say whatever you want about Liz, but she’s not naive. She knows exactly what she’s doing,” Rep. Kelly Armstrong (R-N.D.) said in an interview late last week. “I think Liz is running the race she wants to run.”

All of her next strides against Trump come with risks. She could run in the GOP primary, making a play to kneecap him ahead of a general election, yet that strategy could set her up as a foil who helps Trump motivate his base to turn out.

The 56-year-old could also take a page from the H. Ross Perot playbook, mounting a third-party campaign in hopes of drawing away voters from Trump. Perot became modern U.S. history’s most successful third-party candidate in 1992, winning 19 percent of the vote.

While some polls at the time showed Perot taking potential support from both major-party candidates fairly equally, there’s no guarantee that Cheney wouldn’t also benefit Trump on a third-party ticket that could pull votes from swing voters and Democrats who want a candidate other than President Joe Biden.

Indeed, Cheney’s stoic concession speech Tuesday night seemed to win her new Democratic fans beyond the scores of Wyoming voters who’d crossed over to back her Tuesday. (Her seat on the Jan. 6 panel, as Republicans often note, came straight from Speaker Nancy Pelosi.)

“All policy differences aside, @Liz_Cheney is now and forever more will be known as an American hero,” tweeted Michigan’s Democratic attorney general, Dana Nessel.

But that approach has its limits. Scott Horn, 65, was among the Democrats in Wyoming who changed their registration to support Cheney. Voting Tuesday morning in the bluest part of the state, Horn called her decision to go against Trump “courageous.”

But a House primary vote for Cheney is as far as he’s willing to go given the rest of her conservative positions, particularly on abortion. After this week, Horn said, “I will switch right back to Democrat” and be unable to back her if she runs for president.

Cheney allies say she won’t get involved in the presidential race if she deems that it would help Trump rather than hurt him. Still, the loss of her House seat leaves her with few other paths to stay visible in her mission of keeping him from further public office.

And if she jumps in, she may get support from deep-pocketed groups looking to help the country turn in a different direction.

The bipartisan group No Labels, which is closely aligned with the House’s Problem Solvers Caucus, is looking to get involved in the 2024 presidential race with significant funds that it’s already raised to help centrist candidates. According to three people close to the group’s discussions, Cheney’s name is in the mix in terms of candidates it would consider putting part of its $50 million cache towards, with some suggesting her as a potential running-mate for a nominee like Sen. Joe Manchin (D-W.Va.).

No matter where Cheney lands come the 2024 campaign, her political fate is entwined with Trump’s.

After vowing to POLITICO last year that “I’m not gonna lose my seat,” Cheney’s tone changed recently to acknowledge the inevitability of her loss. Throughout the summer, she kept her focus on the Jan. 6 select panel — and delivered praise last month for young women like Cassidy Hutchinson and Sarah Matthews who testified before the committee under evident personal strain.

When Cheney described Hutchinson, a former Trump White House aide at the time, she drew a comparison as subtle but unmistakable as the Lincoln reference she made on Tuesday night.

Hutchinson “knew all along she would be attacked by President Trump, and by the 50-, 60- and 70-year-old men who hide themselves behind executive privilege,” Cheney said last month. “But … she has courage, and she did it anyway.”

She’s set to return to the Hill next month for more select committee hearings, with most other incumbent Republicans seeing her as a failed martyr for the anti-Trump movement in their party. Even Senate Minority Leader Mitch McConnell — some of whose allies pushed back after Trump-aligned forces in the RNC censured her and Rep. Adam Kinzinger (R-Ill.) earlier this year — saw her fierce resistance to the former president as counterproductive, according to the recent book “This Will Not Pass.”

Some of her longtime House friends will only quietly acknowledge that they still like Cheney, even if they disagree with what she was doing.

“I’ll miss being lectured and talked down to about the Constitution,” Rep. Lance Gooden (R-Texas) quipped Friday about her potential campaign ouster. 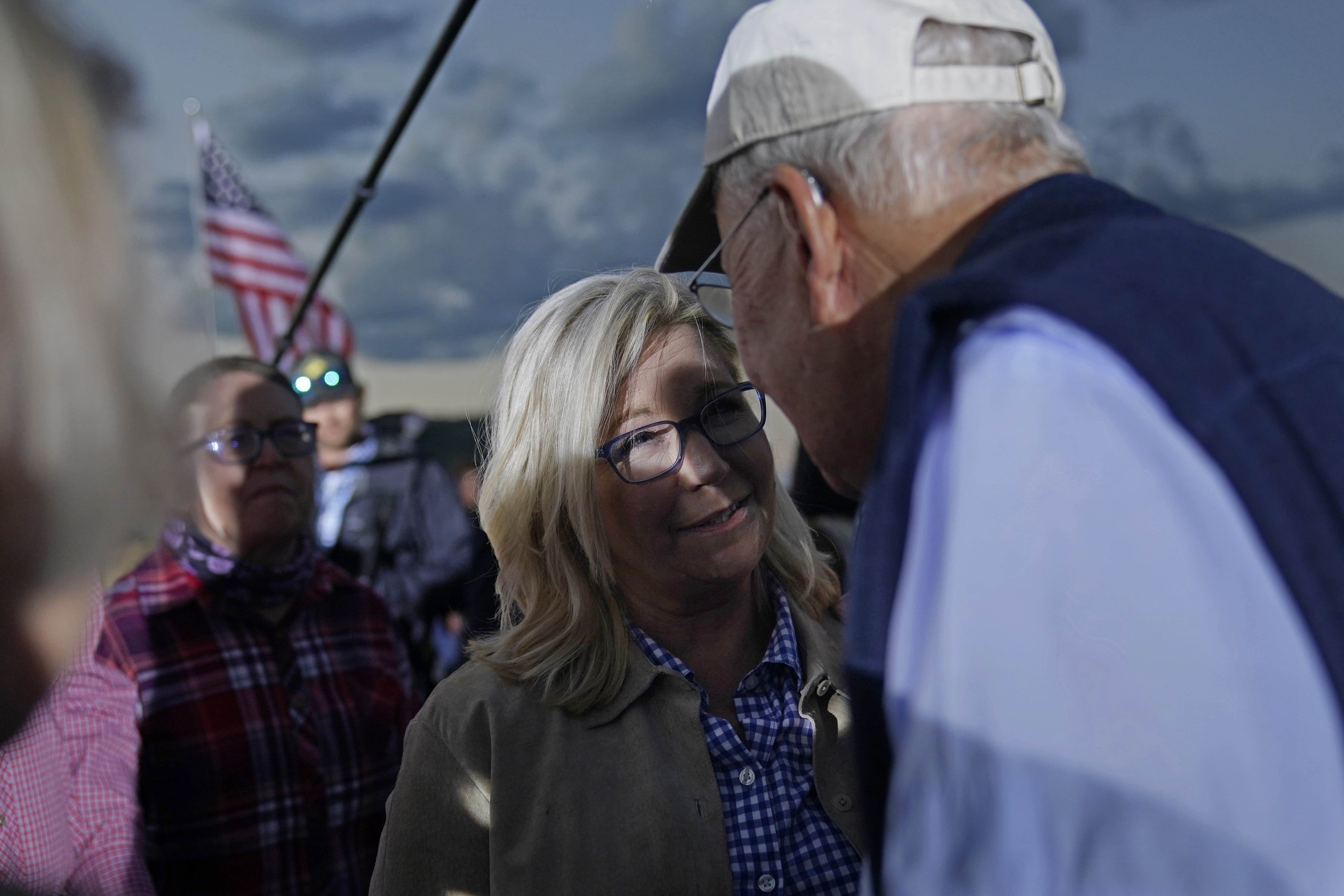 All of which leaves Cheney still searching for a home in a GOP that remains largely in thrall to Trump, even as he faces a Justice Department investigation and other legal clouds. For her supporters, though, there’s plenty of time left to carve her a path out of the Republican wilderness.

Stuart Thompson, 75, a self-described longtime friend of former Vice President Dick Cheney, said he’s one of the only people in his county who hung a Cheney sign outside their home.

“I don’t see, now, any lane for her to get the Republican nomination,” Thompson acknowledged. “But I’m hopeful that there are enough regular Republicans — Reagan Republicans, whatever you want to call them — that somehow they can get together and rejoin the party. Somehow.”

Sarah Ferris contributed to this report.