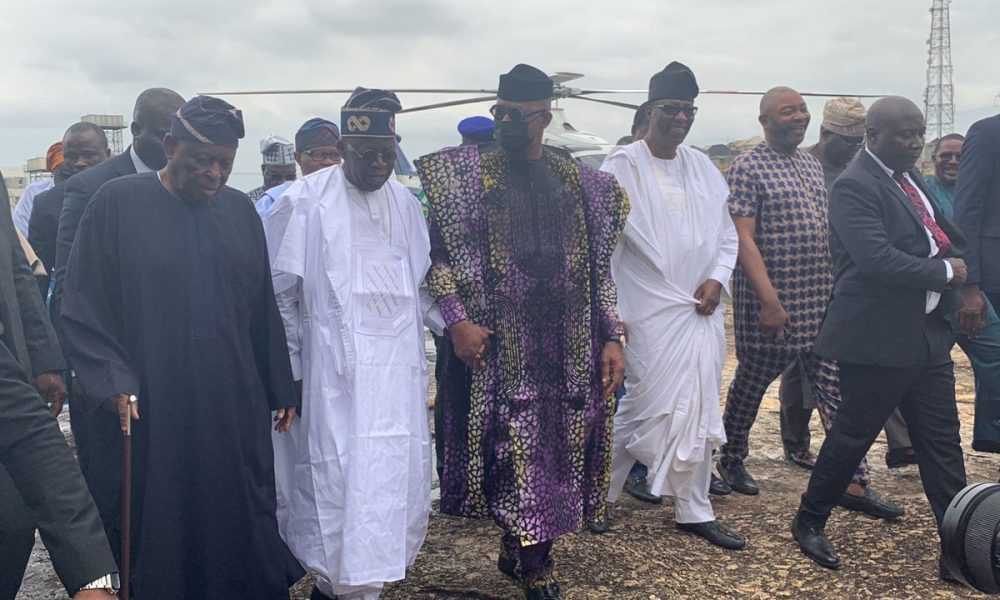 The Presidential candidate of the All Progressives Congress (APC), Bola Tinubu is in a closed-door meeting with former president, Olusegun Obasanjo.

The presidential candidate is meeting with Obasanjo as part of his consultation ahead of the 2023 presidential election.

Naija News gathered that the chopper of the former Governor of Lagos State landed at the Olusegun Obasanjo Presidential Library (OOPL), Oke Mosan, Abeokuta around 1 pm.

The Governor of Ogun State, Dapo Abiodun who was on the ground received Tinubu, while his Deputy, Noimot Salako-Oyedele and former governors Olusegun Osoba, Gbenga Daniel also welcomed their leader.

Tinubu immediately went straight into the closed-door meeting with Obasanjo.

Others at the meeting are the Speaker of the House of Representatives, Femi Gbajabiamila, former APC Chairman, Bisi Akande, Nuhu Ribadu and several others.

Tinubu after the meeting with Obasanjo is expected to address the APC members at the MKO Abiola Stadium, Kuto, Abeokuta.

See the video of his arrival below: