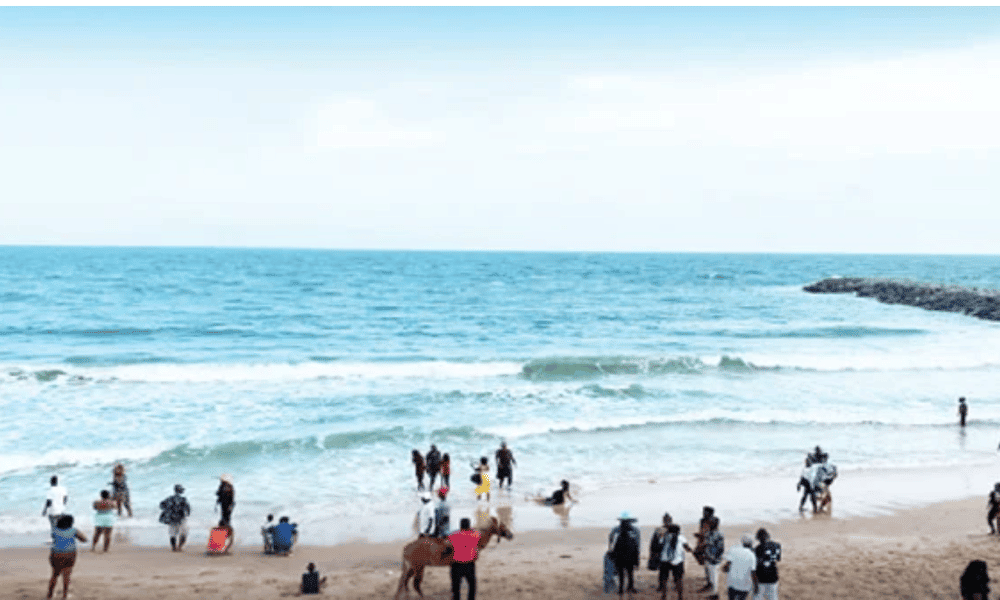 Four students of the Kuramo Senior College in Lagos State, may have drowned in the Elegushi bar beach on Tuesday, August 16.

Naija News reports that 10 of the students, aged between 14 and 15 stormed the beach to swim and celebrate, shortly after collecting their recently released West African Examination Council (WAEC) results.

In a statement on Tuesday, the spokesperson for the Elegushi Beach Management, Ayuba Elegushi, said the incident happened at an unmanned section of the beach not open to the public.

He said six of the victims were rescued but some escaped and two were taken to the Jakande Police Station.

According to Elegushi, four of the students are still missing as the seamen have not been able to rescue them.

He said: “We initially sent them away from the area of the beach they wanted to swim in. Then, they went to another place that was not for the public at all. It was the child of our kinsman, Abass, who took them from school to the beach and those kids followed him.

“They did not pay any gate fee to access the beach. Abass used the leverage that he was one of us to take them through another place.”

“Out of the six that were rescued, some escaped by the time we got there. We were able to arrest two of them and we took them to the Jakande Police Station.

“As of now, there are still four missing as our seamen have not been able to bring them out of the water. We have informed their parents and they have come to the police station.

“Abass is one of the missing kids. There is another boy we have not identified and two other girls.”

The spokesperson added that the two boys that were arrested also confirmed to the police that they were chased from the beach before sneaking into the restricted section to swim.

The state Police Public Relations Officer, Benjamin Hundeyin, confirmed the incident, adding that efforts are on to recover the bodies.

He said: “The teenagers were from Kuramo Senior College, Lekki. Four of them are missing. They are two males and two females. Efforts are on to recover their bodies. We have yet to meet with the parents of the victims.”