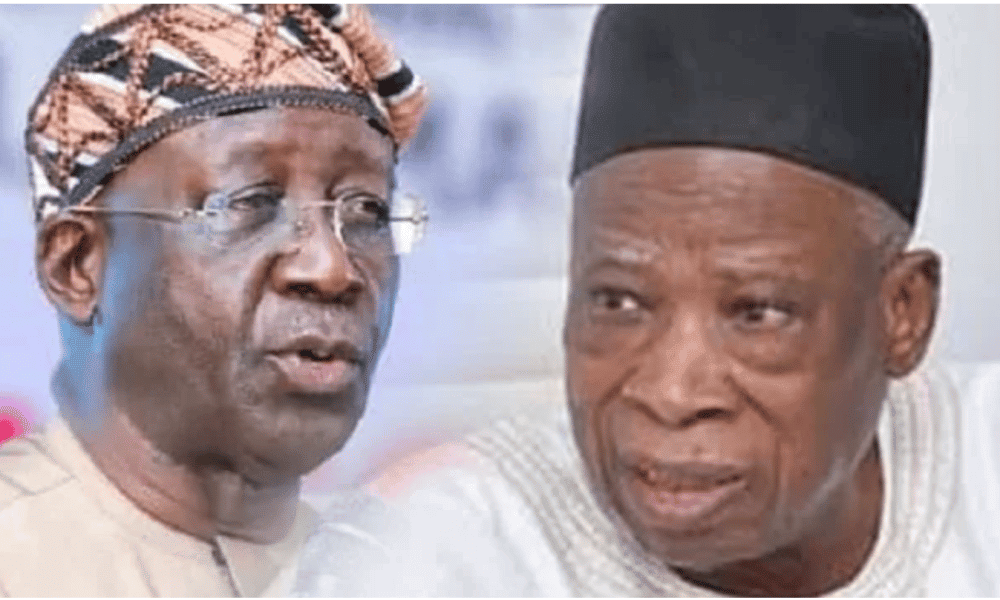 The Peoples Democratic Party (PDP) spokesman, Debo Ologunagba has knocked the National Chairman of the All Progressives Congress (APC), Abdullahi Adamu, for saying the Federal Government can borrow till eternity.

Naija News reports that Adamu during an interview on Trust Television on Monday justified the Buhari-led administration’s recurrent need to borrow.

He noted that the federal government can borrow from here to eternity because loans are the source of the country’s infrastructure.

The PDP spokesman faulted Adamu’s stance, stressing that the statement was completely irresponsible and alleged APC is borrowing to steal, unlike PDP who borrowed and invested.

Ologunagba insisted that borrowing is part of life but APC had misappropriated the loans it took from foreign lenders.

According to Ologunagba, the ruling party is the most corrupt government in the history of the country and should be ashamed for putting Nigeria into a debt trap.

He added that APC should apologise to Nigerians for lying and defrauding them.

He said: “Nigerians knew when they were free of debt, they knew when the nation paid off its debts and they knew the government that was borrowing. Borrowing responsibly and investing in people is good but when you borrow and you convert it into personal use. Their own is to borrow and steal, the PDP borrowed and invested.

“The transformation in the airports was the project of the PDP. We opened up the economy; the privatisation scheme opened up the economy and Nigeria was almost the number one destination point for investors. So, it is irresponsible and we are not expecting anything more from the APC government other than this level of impunity and recklessness.

“It is completely irresponsible for the APC chairman to say they can borrow till eternity. Why would the chairman of the party say that other than the fact they have complete disregard for us, for knowledge and for capacity? Borrowing is part of life but you must borrow responsibly.

“They (APC) borrow for consumption, they borrow to pay for frivolous trips abroad and for irresponsible junketing all over the world. Borrowing is meant to be for development, for infrastructural development. This is the most corrupt government ever in the history of this country.

“Everybody in the APC should be ashamed, they should be apologising to the Nigerian people for lying, for defrauding us. The good thing is that hope is on the way. Nigerians can make a comparison, they know which government borrowed responsibly and invested in human capital development, infrastructural development and education because without education, no country grows. This is the sixth month of the ASUU strike and the government has failed to address it.”