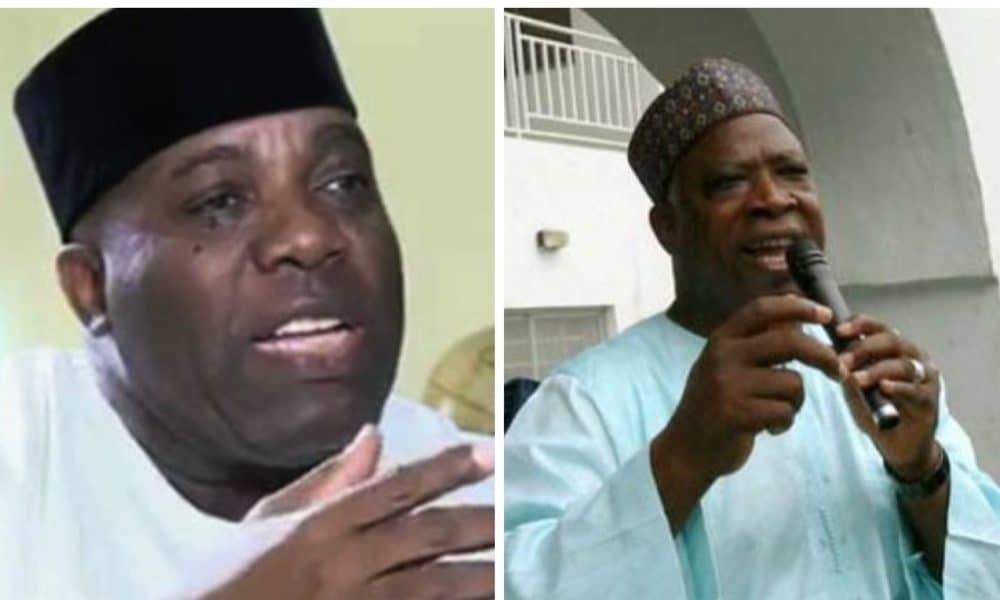 A chieftain of the Labour Party (LP), Doyin Okupe, has blasted the National Chairman of the All Progressives Congress (APC), Abdullahi Adamu, for saying that the Muhammadu Buhari-led government can borrow till eternity.

Naija News reports that Okupe was reacting to statements made by Adamu during an interview on Trust Television on Monday.

The APC Chairman said the federal government could borrow till eternity to fund the country’s infrastructure regeneration.

Reacting in an interview with Vanguard on Tuesday, Okupe said the statement made by Adamu shows the ruling party is not thinking about the future of Nigerian youths.

The former presidential aide added that the justification of the government’s borrowing spree means the APC doesn’t have any good plan for Nigeria.

He said: “Such statement shows the level of how myopic the ruling party can be about the future of the Nigerian youths.

‘’It shows they don’t have any good plan for Nigeria. Do they want foreigners to take over Nigeria? It is high time the National Assembly situp and proves to Nigerians that they are not rubber-stamps as they are being perceived by many.”