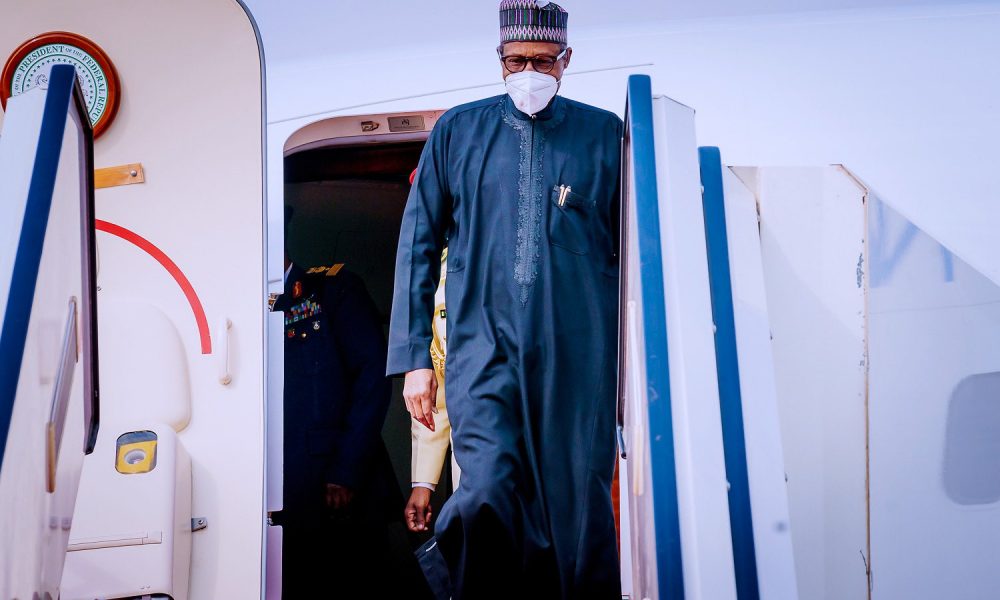 The President of Nigeria, Muhammadu Buhari is set to pay an official visit to Maiduguri, Borno State on Thursday, 18th August.

It is understood the President last visited Borno State on December 23, 2021.

During Thursday’s visit, President Buhari is expected to unveil projects including humanitarian support to vulnerable persons, commission teachers quarter in Bukumkutu ward and 500 resettlement houses in Molai executed by the state government.

Protesters under the aegis of Arewa Youth Assembly (AYA) on Wednesday stormed the National Assembly in Abuja to demand the resignation of the National Security Adviser (NSA), Babagana Munguno, over worsening insecurity ravaging the country.

Naija News recall that the northern group had in a previous statement announced that they will be staging a protest on 17 August over the degrading security situation in the country.

According to the group, since Munguno was appointed to the sensitive position of NSA, terrorists and other criminal elements have unleashed havoc on Nigerians.

The group, following their demand, converged at the National Assembly with placards carrying inscriptions like, “Everything Depends on Security”, “Rescue all kidnapped Nigerians”, “Monguno resign or be sacked”, and “We are tired of every second killing”, among others.

The group also threatened to return to the street of Abuja if after two days President Muhammadu Buhari fails to grant their request, adding that the protest will continue, not only in Abuja but in all the 19 Northern states.