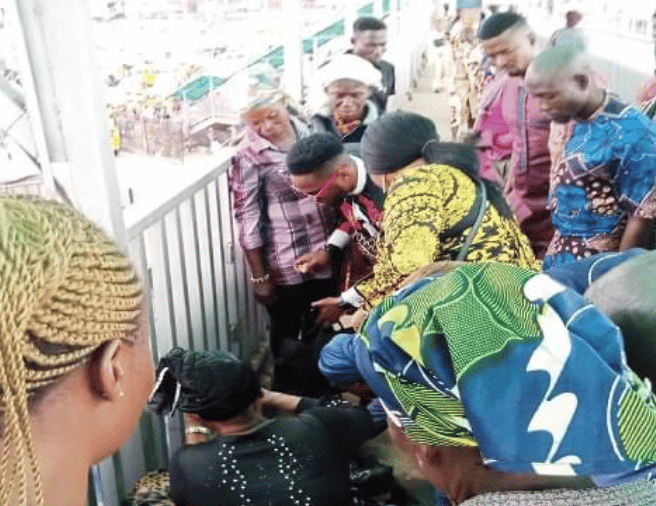 An unidentified woman believed to be in her 70s has  slumped and died while climbing a pedestrian bridge in the Berger area of Lagos state.

According to The Punch, the unfortunate incident had occurred on Monday, August 15, when the woman wanted to join the Lagos- Ibadan Expressway in the company of her daughter.

Eye witnesses present as at when the incident occurred disclosed that the daughter struggled to revive her whilst pleading with pedestrians for assistance.

A medical expert, who was present at the scene performed a cardiopulmonary resuscitation (CRP) on her, but she did not respond.

A pedestrian who pleaded to remain anonymous said the woman did not get the needed attention early enough.

He said; “The moment she fell on the ground, some people became scared, even as her daughter kept shouting for help. It was when i moved close to her that others joined and poured water on her. By the time they gave her water to drink, her tongue had stuck out”

Oriola said the deceased had insisted on following her daughter, whose first child just gave birth and was planning to hold the baby’s christening the following day.