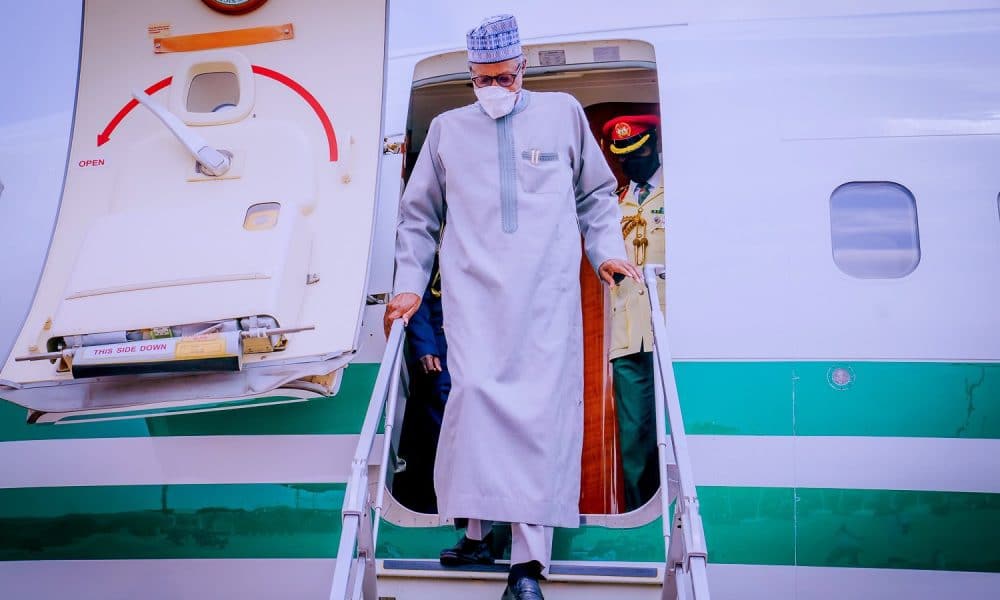 President Muhammadu Buhari on Thursday arrived in Maiduguri, the Borno State on a one-day working visit.

The President’s aircraft landed at the Airforce Wing of the Maiduguri International Airport, at about 12 noon amidst tight security and drizzling rain.

Buhari proceeded to the newly constructed Teachers Quarters in Bulumkutu ward of the metropolis and commissioned the project executed by Governor Zulum’s administration.

The President also inaugurated the Teachers Quarters, which consists of 24 flats within six duplexes and part of over 600 capital projects executed in the three years of Zulum’s administration.

Immediately after the commissioning of the Teachers Quarters, Buhari proceeded to pay homage to the Shehu of Borno, Abubakar Al -Amin Elkanemi, at his palace.

It is understood that the resettlement shelters were provided by the Federal Government for Borno state with more than 6,000 of the houses so far completed, commissioned and allocated to beneficiaries.