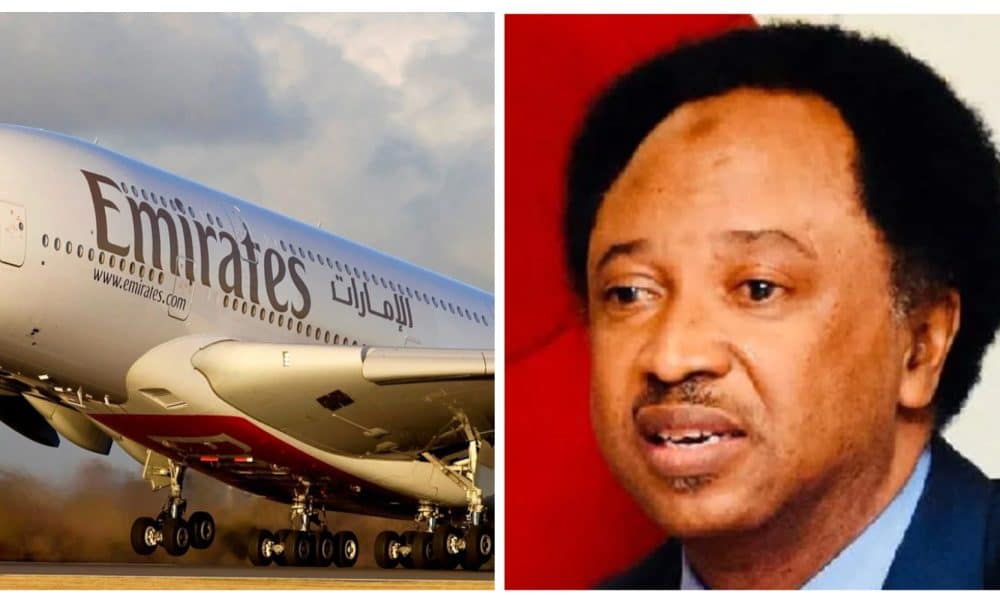 Former Senator representing Kaduna central, Shehu Sani, has slammed Emirates Airlines following the suspension of flights in and out of Nigeria, effective from 1st September 2022.

Naija News reports that Sani in a post shared on Twitter on Thursday said the Airline can leave if it wishes to, stressing that their fare is too expensive.

He added that Nigerians can patronise Air peace or any local Airline operating international flights.

He tweeted: “Emirates can go if they want to, their fare is too expensive: patronise our Onyema’s Air peace or any local Airline operating international flights.”

The Emirate airline in a statement to journalists on Thursday morning said it would suspend flights from Nigeria.

It was gathered that the decision to suspend its flights was due to the failure of Emirates Airlines to repatriate its trapped ticket sales fund in Nigeria back to its home country in the United Arab Emirates (UAE).

Some weeks back, Emirates said it would reduce the number of times it frequents Nigeria from 11 to 7 per week.

The Nigerian government has been under pressure due to blocked funds belonging to foreign airlines, which have hit over $500m.

At least $600 million from over 20 foreign airlines has been blocked in Nigeria since the beginning of the year.