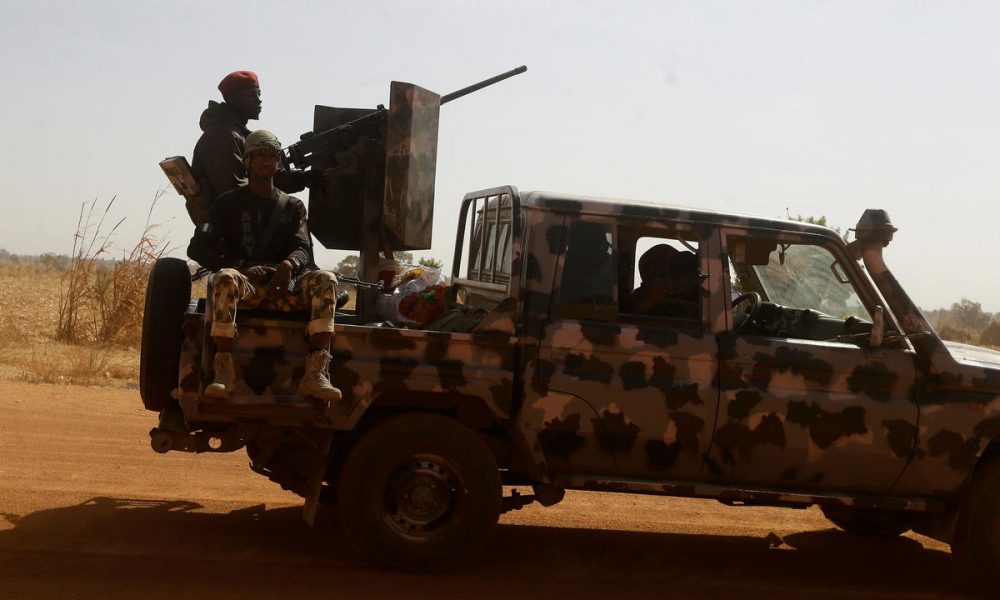 The soldiers had responded to a distress call from one of their colleagues who escaped from being killed in the community, when they killed two of the gunmen on Wednesday, August 17th, causing a panic in the area.

Unfortunately, one miss Chinnenye Ajunwa, a shop owner was hit by stray bullet during the gunfight.

It was gathered that some gunmen traced the deceased soldier to the community where he came for an errand.

A source from the Brigade, who confirmed the incident to The Nation, said the soldier went to get some groceries when he noticed he was being traced by some group of armed men in Ebem market.

“He heard when the gunmen were asking about a soldier that Okada just brought and quickly hide somewhere and from his hideout, he sent an SOS message to the Brigade. Soldiers were mobilized for his rescue and the gunmen who are members Eastern Security Network engaged the soldiers.

“Two of them were killed. A pump action gun, cutlasses and two motorbikes belonging to the gunmen were recovered from them. It was while the soldiers were on patrol in the community, after rescuing the other soldier that they discovered that the gunmen had killed a soldier in the same community.”