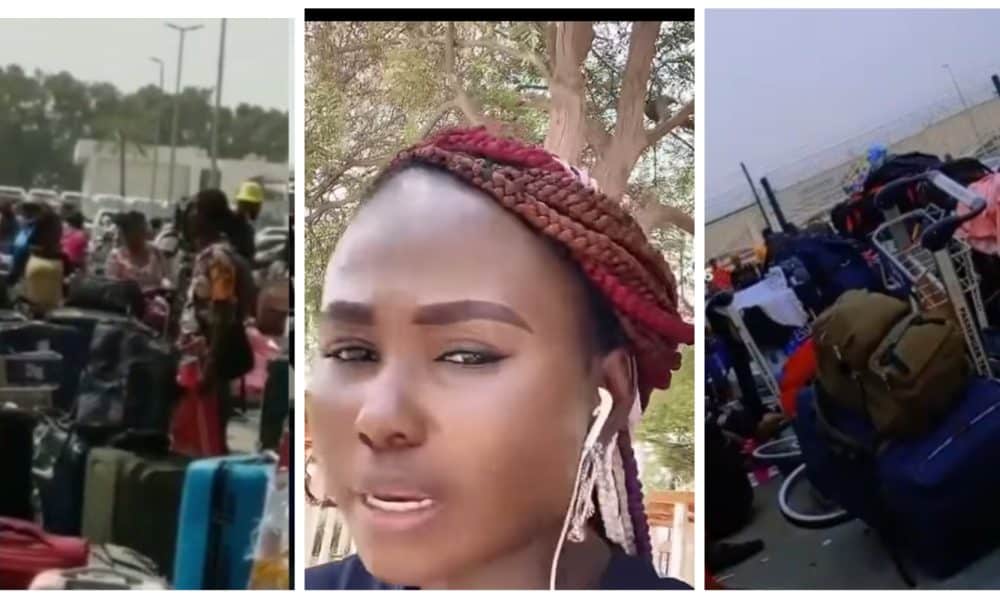 Following the mass deportation embarked upon by the Dubai authorities, some stranded Nigerians have called on the Federal Government to come to their aid.

Naija News reports that several videos shared online captured thousands of people sitting in an open area with their bags and luggage and could be heard groaning over their current situation.

A lady who spoke in one of the videos expressed displeasure that Nigerians are not being represented in the process.

Narrating their ordeal, the lady questioned if there is a functional embassy or active ambassador in the country.

According to her, some of the people who registered for the mass deportation exercise with a valid passport were granted a pass by Dubai authorities but they are still waiting for flights that will convey them back to Nigeria.

She added that those without valid passports are waiting for a temporary pass from the embassy which seems not to be working.