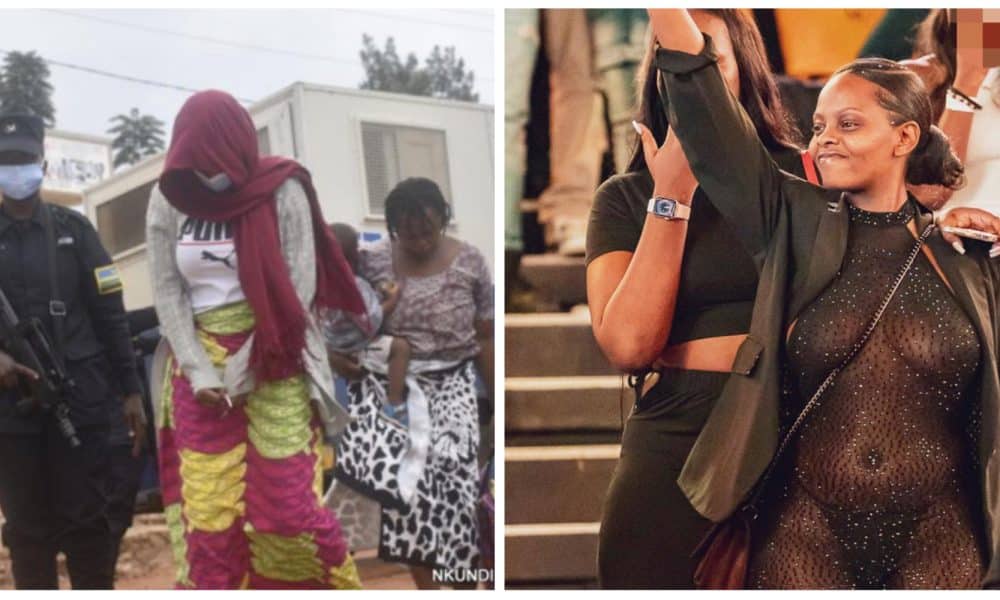 A 24-year-old Rwandan lady, identified as Liliane Mugabekazi has sparked reactions online as she faces two years imprisonment over indecent dressing in Rwanda.

Naija News reports that Liliane was arrested on August 7 after attending a concert wearing a sheer dress and was charged to court for indecent dressing.

This publication gathered that Liliane’s photos became a sensation online after a concert by popular French musician, Tayc.

Reacting to the photos, Rwanda’s ambassador to Britain, Busingye in a post shared on his Twitter handle condemned the lady’s outfit, describing it as an objectionable act.

He wrote: “The current issue of our young men and women who drink and drug themselves unconscious, appear in public literally naked is objectionable.”

However, the spokesman for the prosecution, Faustin Nkusi said Liliane committed a serious crime for appearing naked in public, saying it was a shameful dress.

This has stirred reactions online as many netizens opined that two years jail term is too much for her.

ethan_alora wrote: “The dressing is indecent but I don’t think it warrant an arrest”

glowryhaa wrote: “Lagos will cease to exist if they do this law”

khaywise001 wrote: “How many people una go fit arrest for Nigeria because them plenty even female celebrity they wear am”

emvees_lenceria wrote: “Relocate girl what rubbish , if it’s cardi b or Nicky they no go arrest”

gym_and_massage_lagos wrote: “Free her plsss. Let her live her life. She is an adult”