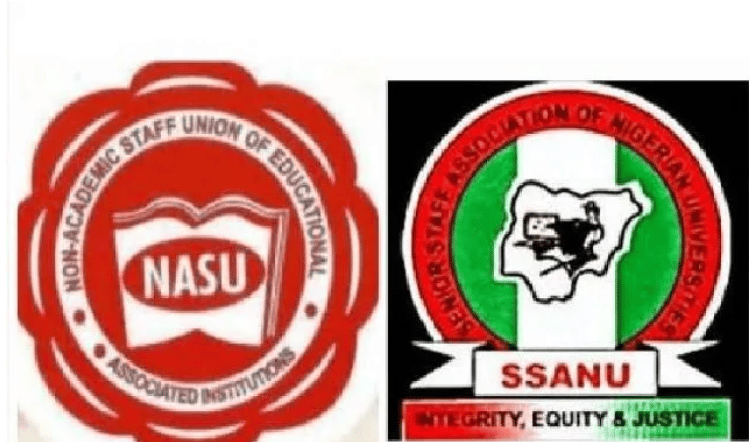 The Senior Staff Association of Nigeria Universities (SSANU) and the Non-Academic Staff Union of Allied and Education Institutions (NASU) have suspended their ongoing strike for two months.

Naija News reports that SSANU National President, Muhammed Ibrahim, made this known in an interview on Saturday.

“Yes, we have suspended the strike for a period of two months,” Ibrahim told The Punch.

According to Channels Television, the associations suspended the nearly five-month strike action after meeting with the Minister of Education, Adamu Adamu, in Abuja on Friday.

The suspension which was announced on Saturday is expected to take effect from Wednesday.

Speaking at the meeting, the Education minister said the Federal Government has committed N50 billion to pay earned allowances for members of SSANU, NASU and the Academic Staff Union of Universities (ASUU).

Naija News reports that SSANU and NASU had on March 27 declared a two-week warning strike.

By April 10, the unions extended the strike by another two weeks, citing the government’s failure to meet their demands.

In June, the unions further extended the strike by two months.

ASUU has been on strike since February 14 2022 and over the Federal Government’s inability to fulfil its 2009 agreements.

The striking lecturers have vowed not to return to classes until the government meets its demands and accepts the UTAS software developed by the union for payment of lecturers’ salaries.