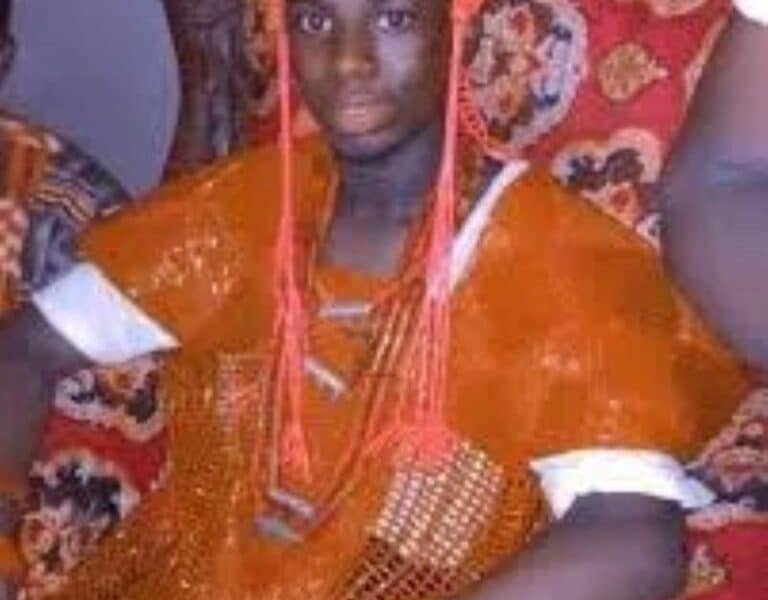 The Arujale Ojima of Okeluse Kingdom in Ose council area of Ondo State, Oba Oloyede Adeyeoba Akinghare 11 has opened up on the reason it is mandatory for him to have more than one wife.

Naija News reports that the 19-year-old who is the youngest monarch in the country was crowned at the tender age of 16 and recently graduated from secondary school.

His appointment was ratified by Governor Rotimi Akeredolu in 2019, following a process overseen by kingmakers in the community.

During an interview with Vanguard, the young monarch revealed that is mandatory for him to have more than one wife as it is the custom of his community.

The young monarch is the only son of his father, and it was believed in the community that if his installation was delayed till he was of age, manipulation could set in. Findings show that the tradition of Okeluse entails that if a king passes on, his younger brother would act as regent while the heir to the throne will be on exile for 90 days to undergo traditional rites.

However, from experience, the leaders of the community took precautions to avoid crisis and decided to make the first daughter of the late king the regent, the first time such would happen in the history of the town while the heir went into seclusion.