‘Why I Want To Kill Former House Of Reps Speaker, Dogara’ 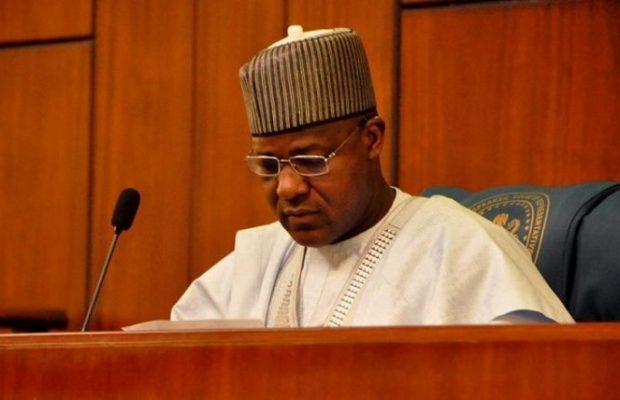 One of the suspects arrested for planning to assassinate a former Speaker of the House of Representatives, Yakubu Dogara, has given reasons why he decided to carry out such activities.

Naija News recalls that Dogara had petitioned the IGP, Usman Baba, alleging that two police officers were conspiring with one Barau Joel Amos to kill him.

According to Umar Mamman, Bauchi State Commissioner of Police, during interrogation, the suspect linked Dogara to an incident that happened to him in the past.

Daily Trust quoted the police boss saying the suspected revealed that he was planning to purchase weapons to kill Dogara over an incident that led to the destruction of his house.

Mamman: “What happened is that we received discreet information that there are some of our officers, one of our police officers was attempting to sell a rifle, so we went after him, initially we have received prior information that he was carrying the rifles inside his car, we went after him, we got him and asked about the owner of the car and he said he is the owner, we searched the car and we discovered the guns.

“When we asked who gave him the guns and he confessed he wanted to sell it, we now asked him, is it our own rifles that you want to sell and he said yes, we arrested him and started investigating him. In the cause of our investigation, he implicated one person whom they live in the same house with.

“In continuation of our investigations of the first person, he said it was someone in Tafawa Balewa who approached him that he was looking for a rifle to buy and that is what prompted him to carry that gun. When he gave us the name of the person, we went and arrested him.

“When we arrested him, he confessed to us that it is true that he is looking for rifle to buy because something terrible happened to him, that his house alongside those of others were burned during the last December 2021 incident that occurred following the Baba Peter Gonto memorial anniversary.

“He mentioned names of some people, including that of the former Speaker in connection to the incident, saying that, that is the reason why he is looking for a rifle to kill him (Dogara), and so, we launched an investigation in that regard.

“One thing with human beings is, if he is guilty, he would not want to admit until you use wisdom, so we have intensified our investigations. And on the missing rifle in our armory, I directed that our armory be audited and in the cause of auditing, we discovered that apart from the two rifles we intercepted, some were not in the armory and so we have expanded our investigations.”

On the missing rifle, the Police Commissioner revealed that he had directed the auditing of the armory, and they discovered that apart from the two rifles gotten from the arrested suspects, some others were missing.

He said: “Now that I am talking to you, our armory officer who retired two years ago was arrested day before yesterday because we have been looking for him and now he is in our custody. We were still investigating and we saw that he has written to the IGP and is alleging that we didn’t call to inform him. I can tell you, if not because of what that man said, he would not discover any statement from another person that his life is at stake.”