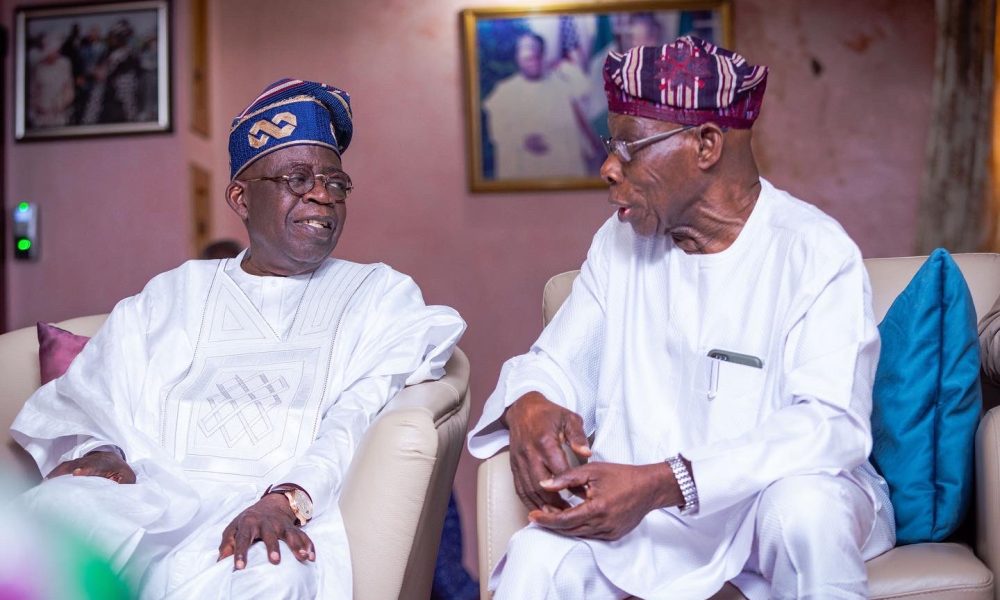 Naija News recalls that the Speaker of the House of Representatives, Femi Gbajabiamila, had claimed that what transpired during the meeting between Obasanjo and Tinubu was a sign of victory for Tinubu in 2023.

However, Obasanjo, in a statement issued by his Special Assistant on Media, Kehinde Akinyemi, on Saturday, debunked endorsing the APC presidential candidate.

While expressing his displeasure, the former president said the statement credited to him is fake and that the people behind the report are not helpful to the candidate.

Obasanjo expressed dissatisfaction with what he described as an unauthorised report of the discussion at the closed doors meeting he held with Tinubu.

In a tweet via his Twitter handle over the weekend, Adeyanju said Obasanjo denied supporting Tinubu because he is already supporting the Labour Party (LP) presidential candidate, Peter Obi.

He asserted that the former President believes power should naturally go to the South and he can’t stand Tinubu.

Adeynaju, however, described Tinubu’s visit to Obasanjo as political.

“ME: Baba Obasanjo is supporting Obi because he believes power should naturally go to the south and he can’t stand Tinubu. The whole visit this week is all politics.”