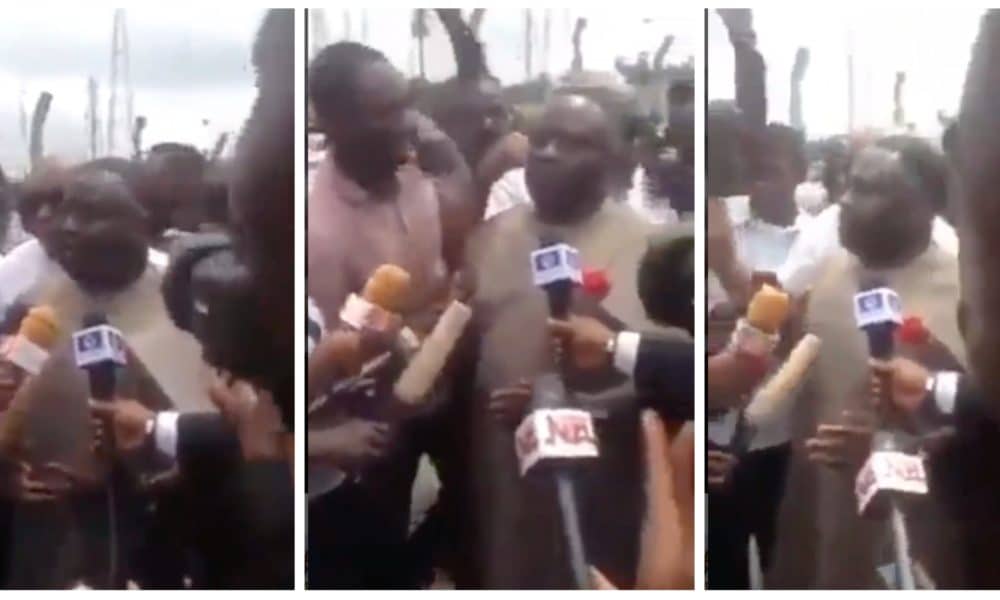 A trending video online has shown the moment a chieftain of the All Progressives Congress (APC) was booed and chased away by angry youths.

Naija News reports that the politician was granting an interview with some journalists when the youths stormed the place and interrupted him, chanting ‘APC, they have failed, they have failed’.

Unable to handle the chaotic scene, the party chieftain quickly stopped the interview and walked away.

It is not clear where and when this incident happened but some other people in the background could be heard saying the youths want the Labour Party (LP) presidential candidate, Peter Obi.

Reacting to the video, some netizens stated that youths are really tired of the current government of APC.

ciarachichi wrote: “Everybody is tired”

xlyteofficial wrote: “The youths are genuinely tired of their nonsense”

glitzlingerie wrote: “Honestly 2023 election is between peter obi and peter obi….. rigging won’t even save them. If APC really wanted to win, tinubu wouldn’t have been their candidate.”

the_real_yuscom wrote: “No chills Our mumu don end since #20october2020″