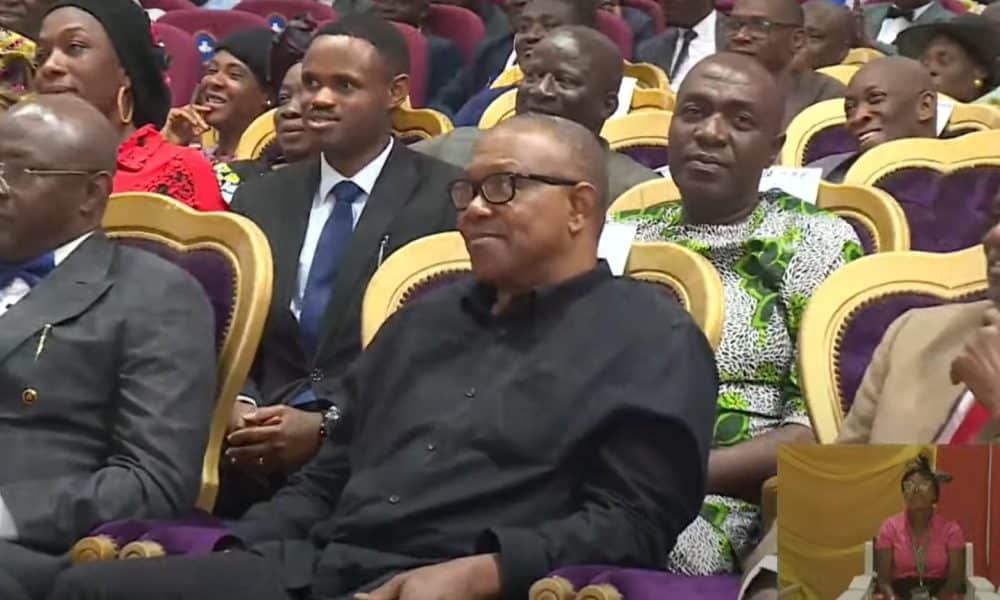 A chieftain of the Labour Party, Doyin Okupe, has stated that the “Obidient” movement goes beyond ethnicity and religion.

Okupe was reacting to the moment the LP Presidential candidate, Peter Obi, was welcomed to the opening ceremony of the Annual General Conference of the Nigeria Bar Association with great applause.

In a tweet via his Twitter handle on Monday, Okupe said the cheers and applause that greeted the former Anambra governor’s entrance to the NBA Conference shows his national acceptance.

The former Presidential aide pointed out that the NBA Conference is not a social media event, but an event with real people who are the real structures of the LP candidate.

He wrote: “This is Peter Obi at NBA Conference NOT a Church. The OBIdient Movement is beyond Ethnicity and Religion. This is not a social media event. It is an event wt Real people who are the Real structures.”