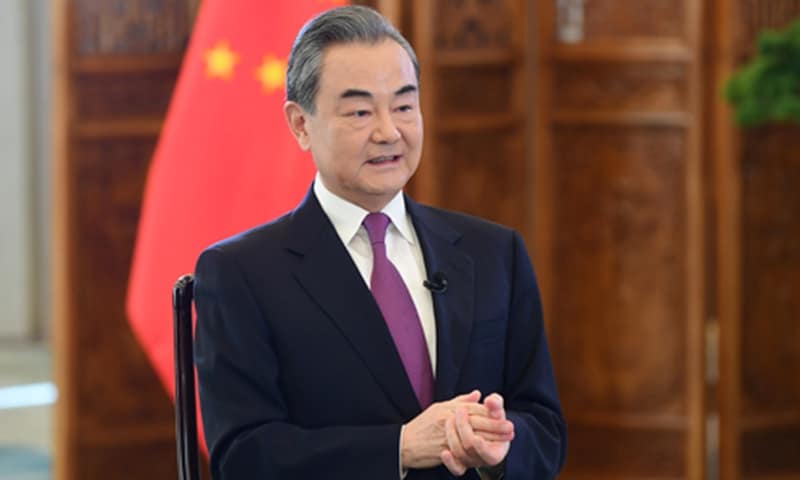 The Chinese government has announced its plans to absolve 23 interest-free loans to 17 African countries.

Though China has failed to mention the countries in its waiver list, it revealed also its plan to provide food assistance to struggling nations.

Naija News reports that Debt Management Office (DMO) revealed recently that Nigeria’s borrowing from China as of September 2021 accumulated to 89.94 per cent to hit $3.67bn.

Due to collaborations with the country over the years, China has been considered Nigeria’s largest bilateral lender.

In the new development, Chinese Foreign Minister, Wang Yi said the East Asia country will waive the 23 interest-free loans for 17 African countries that had matured by the end of 2021.

Mr Wang, however, kept mum on the countries owed the money and the amount of the loans to be forgiven.

A publication said the decision was reached at the Forum on China-Africa Cooperation (FOCAC).

Wang reiterated China‘s unwavering support and participation in the construction of major infrastructure projects in Africa through financing, investment and assistance.

The statement said: “We will also continue to increase imports from Africa, support the greater development of Africa’s agricultural and manufacturing sectors, and expand co-operation in emerging industries such as the digital economy, health, green and low-carbon sectors.”

“What Africa wishes for is a favourable and amicable cooperation environment, not the zero-sum Cold War mentality.”

In his expression, Wang said China has already in the ongoing year, agreed to tariff-free entry to 98% of exports from 12 African countries and has provided emergency food assistance to Djibouti, Ethiopia, Somalia and Eritrea.

“So far this year, China has signed an exchange of letters with 12 African countries on zero tariffs for 98% of their export items to China. We have provided emergency food assistance to Djibouti, Ethiopia, Somalia, and Eritrea. More African agricultural produce has reached the Chinese market through the green lanes,” he added.

Bauchi: Man Stabs Friend To Death For Refusing To Buy Him Beer

Bauchi: Man Stabs Friend To Death For Refusing To Buy Him Beer