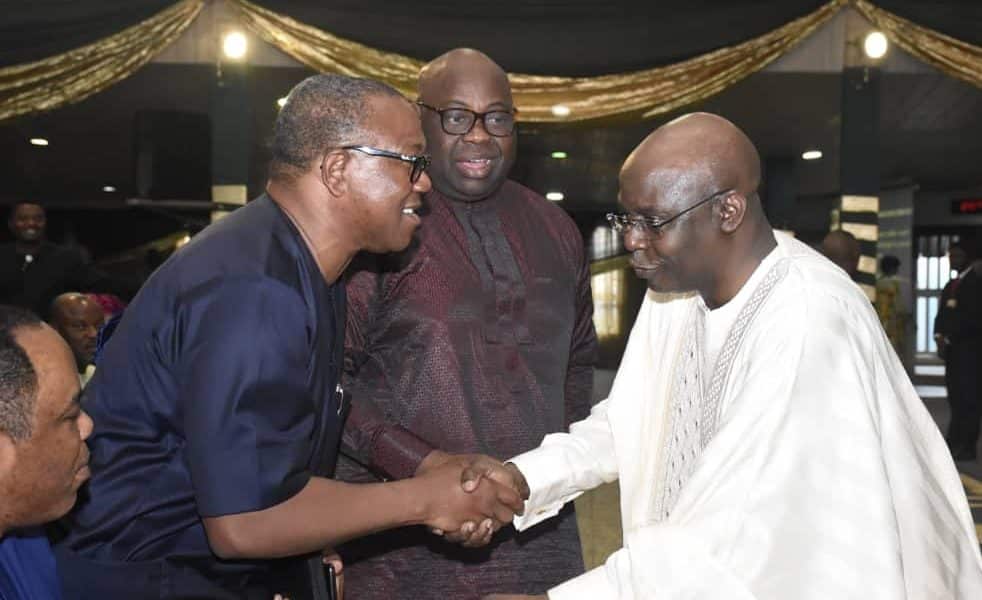 The 2023 presidential candidate of the Labour Party, Peter Obi has extended his visitation to the Latter Rain Assembly also known as The Citadel Global Community Church (CGCC).

Naija News reports that the former Governor of Anambra was given applause when he visited the Christian ministry founded by All Progressives Congress (APC) chieftain, Pastor Tunde Bakare.

Bakare introduced the presidential hopeful to his members and handed Obi a microphone to address them.

In his address, Obi thanked the Church for giving him the opportunity to address them. He asked them to pray for Nigeria and its political leaders, especially during this election period.

Obi said “I don’t talk about politics in the church, I always come to church for prayers and for blessings. Power is by the grace of God and he gives it to whomever he wants. If you abuse power, you have abused the grace of God, those of us who are leaders, pray for Nigeria.”

See the video below:

Naija News understands that Obi has been going around churches recently, seeking support to clinch the nation’s number one political position ahead of the 2023 presidential election.

Recall also that Bakare contested the presidential ticket of the APC months ago but lost alongside others to the party’s national leader, Bola Tinubu.

Mr Obi has identified certain areas that should be tackled to ensure that Nigeria’s economy becomes better.

The presidential hopeful who spoke on Monday at the 2022 Annual General Meeting of the Nigerian Bar Association at the Eko Hotels, Lagos, said investment in intangible assets such as education and power are critical to boosting the nation’s economy, Naija News reports.

According to him: “What we need to do is the two most intangible assets: security; and law and order.

“Provide a conducive environment to attract investors, then education and power. The economy is driven by these intangible assets.”