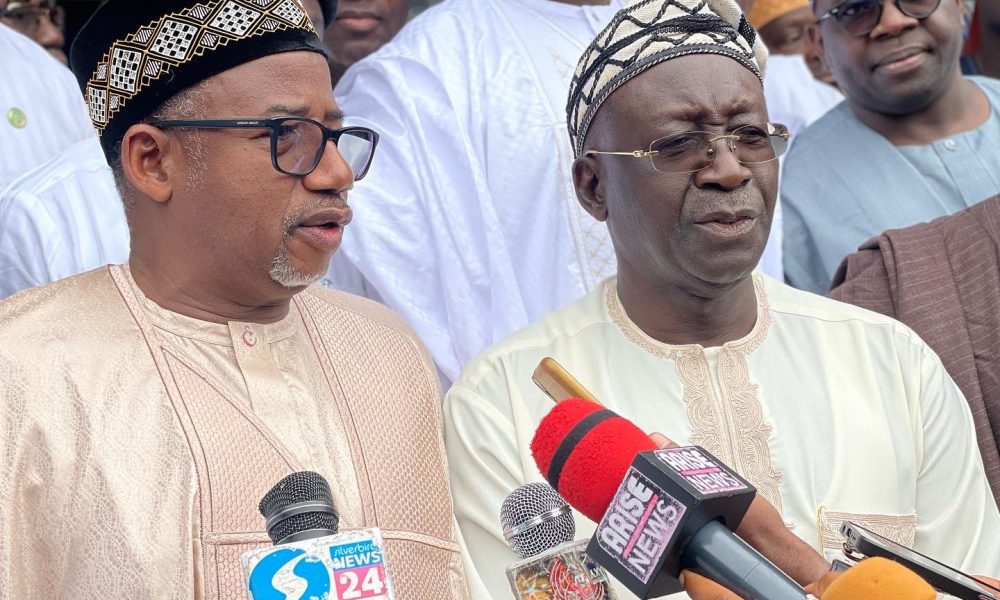 The National Chairman of the Peoples Democratic Party (PDP), Iyorchia Ayu has unveiled the details of discussions between the party’s leadership and governorship candidates across the country.

Naija News recalls the National Working Committee (NWC) of the party on Wednesday met with the party’s governorship candidates behind closed doors to discuss issues concerning the 2023 election.

The meeting held at the party’s headquarters in Abuja.

Briefing journalists after the meeting, Ayu said they had fruitful deliberations and the candidates spoke their minds about happenings in their respective states.

The PDP Chairman added that the aim of the party is not just to win the 2023 presidential election but to win at least the governorship election, national assembly and state assembly positions in 25 states.

“As you know, the elections will be won in the states, not just at the national level. I am very happy with the progress made so far in various states and some of the little issues that we have clarified. It was an extremely useful meeting.

“So we are happy that the members of the party are very determined that we don’t just win at the national level, states of assembly, national assembly, or state governorship; we want to return about 25 state governors or more as we used to have.”

Corroborating Ayu’s position, Bauchi State Governor, Bala Mohammed, said the party is in an excellent mood ahead of the elections.

He added that the PDP wants to go in united for the 2023 polls and reconciliatory efforts are ongoing.

“The chairman has already spoken, you know we are loyal party members. We believe in the supremacy and sanctity of the party and he (Ayu) has already told you that the mood is very excellent,” he said.

“The candidates are coming together uniting the party to discuss, even issues of reconciliation. So, it is a very democratic party.”