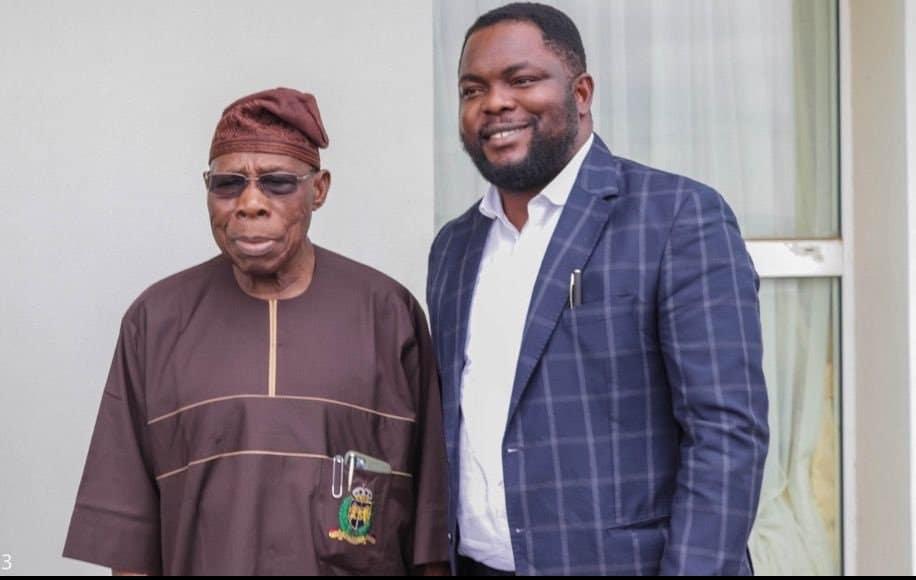 Welcome to the round-up of the latest political news in Nigeria, political gist, highlights of political events, and happenings in Nigeria for today Wednesday, 24th August 2022.

Omokri who is known to be a staunch supporter of the Peoples Democratic Party (PDP) presidential candidate, Atiku Abubakar, said on Wednesday via his Twitter page that Tinubu, having understood that Obi is not a threat to his ambition is promoting the ‘Obidients’ movement using proxies to deplete the Atiku’s chances.

According to him, the only votes Obi may get in the 2023 polls are votes that would have gone to the PDP.

The governorship candidates of the Peoples Democratic Party (PDP) across the 36 States of the federation are meeting with the National Working Committee (NWC) of the party.

Naija News gathered that the closed-door meeting is tagged an interactive session between the party national leadership and the party candidates to discuss issues concerning the 2023 election.

It was gathered that Governor Bala Mohammed of Bauchi State, who is yet to join the meeting, sent his apologies, stating that he would join soon.

Meanwhile, the Oyo State governor, Seyi Makinde, is the only candidate absent from the meeting.

Muslim-Muslim Ticket: Aso Rock Chapel Won’t Be Shut Down, Tinubu’s Wife Will Be The Pastor – Keyamo

The Minister of State for Labour and Employment, Festus Keyamo has again moved to allay the fears and suspicions of Nigerians over the Muslim-Muslim ticket adopted by the All Progressives Congress (APC) for the 2023 presidential election.

Speaking on Tuesday, Keyamo said the presidential candidate of the APC, Asiwaju Bola Tinubu already has a multi-religious home and everyone is allowed to freely practice his/her chosen religion.

The Minister added that the APC candidate’s wife, Senator Remi Tinubu is already a pastor, adding that the Aso Rock Chapel will be put to good use and Mrs Tinubu will lead worship in it if her husband emerges President in 2023.

He made the submission during an interview appearance on Channels Television Political Paradigm, where he defended the decision of Tinubu and the APC to stick with a Muslim-Muslim ticket by picking Senator Kashim Shettima as the vice presidential candidate despite the outcry by many Nigerians, particularly Christians against the move.

Keyamo however said the move is a winning strategy and not in any way designed to spite Christians in the country.

The Bola Ahmed Tinubu Campaign Presidential Council has described the supporters of the presidential candidate of the Labour Party, Peter Obi as ‘waka pass.

The Director of Strategy and Communication, Dele Alake wondered how many supporters of Obi have the means of voting in 2023.

According to Alake, the supporters of the former Governor of Anambra State are either for entertainment effect or curiosity.

Alake made this while claiming that the presidential candidate of the All Progressives Congress, Bola Tinubu has a better chance than Obi.

He further stated that Obi will trail far behind in the forthcoming presidential election.

A chieftain of the All Progressives Congress (APC), Ann Agom-Eze, has said she has not been expelled from the party.

Speaking on Wednesday during an appearance on a Channels Television programme Sunrise Daily, Agom-Eze said she has not received any such notice from the party.

Speaking further, the APC chieftain said she remains the party’s candidate for the Ebonyi South Senatorial seat, dismissing claims of Governor David Umahi of Ebonyi State being the flagbearer.

The Accord Party presidential candidate, Christopher Imumolen, on Tuesday, met with former president of Nigeria, Olusegun Obasanjo in Ogun State.

Imumolen’s meeting with the elder statesman might be centred around his 2023 presidential ambition.

However, this is not the first time the presidential candidate is visiting Obasanjo in Abeokuta.

Imumolen acknowledged that Obasanjo prayed and counselled him during the visit, adding that he would use the knowledge to direct Nigeria.

2023: Kwankwaso Does Not Have Any Baggage – NNPP BoT Chairman

The Chairman, Board of Trustees of the New Nigeria Peoples Party (NNPP), Boniface Aniebonam, has said the party’s presidential candidate, Rabiu Kwankwaso, does not have any “baggage”.

Speaking on Tuesday in Lagos at a meeting with stakeholders in the Maritime sector, Aneibonam said the party has a presidential flagbearer that does not have any corruption cases.

The NNPP BoT chairman added that the former Governor of Kano State will provide leadership in this country if elected as the next President in 2023.

Speaking further, Aniebonam said Kwankwaso loves the Igbo, adding that all of the issues in the maritime sector will be resolved if he is elected.

He said a huge number of Igbo are into the import and export of goods and services in the maritime industry, hence, the need to support the NNPP presidential candidate.

A former member of the House of Representatives, Ogbonna Nwuke, has commended the Chairman of the Peoples Democratic Party Board of Trustees (BoT), Senator Walid Jibrin, over his comment on the leadership structure of the party.

Recall that Jibrin had on Sunday in an interview on a Channels television Programme, said the leadership structure of the PDP consists of Northerners.

Jibrin asserted that the North cannot hold the positions of the party’s presidential candidate, the National Chairman and the BoT chairman ahead of the 2023 elections.

In a statement on Tuesday, Jibrin reiterated his earlier stance on the matter, saying that the PDP is not a sectional party but loved by all Nigerians.

Reacting in an interview with The Punch on Tuesday, Nwuke, a loyalist of Governor Nyesom Wike of Rivers State, hailed Jibrin for his stance on the PDP leadership structure.

The former Rivers Commissioner for Information said the PDP BoT Chairman deserved appreciation from party members and Nigerians for standing by the truth.

Veteran actor and former governorship candidate on the platform of the All Progressive Congress (APC), Kenneth Okonkwo has formally defected to the Labour Party ahead of the 2023 general election.

The actor of Living In Bondage Fame made this known in a press statement on his social media page, where he noted that he was honoured and privileged to have joined the trending party.

He wrote: “It was an honour and a privilege to be welcomed into the Labour Party on the 23rd of August, 2022, at the Supreme God House, Apo, Abuja, by the entire executive of the FCT Labour Party, representing the National Executive of the Party. I feel loved and cherished by the visit of these distinguished officials of this peoplecentric Party to our Chambers which culminated in my officially joining the Labour Party as a member.

PDP Reacts To Wike’s Meeting With Tinubu In London

The Peoples Democratic Party (PDP) has reacted to the meeting between the presidential candidate of the All Progressives Congress (APC), Bola Tinubu and the Governor of Rivers State, Nyesom Wike.

Naija News had reported that Wike and Tinubu met in London on Monday night to discuss issues relating to the 2023 presidential election.

A source who spoke with Vanguard on the condition of anonymity revealed that the meeting was centred around how the Wike camp would stay in PDP to cause crisis in the party.

Also speaking with Daily Trust, a source belonging to the Tinubu camp said the discussions were very fruitful, adding that Wike may reach agreements to support Tinubu and the APC in the 2023 elections.

The APC chieftain said it was also discussed during the meeting how they would mobilize their supporters to work for APC in 2023.

The source revealed that Lagos State governor, Babajide Sanwo-Olu and his Ekiti State counterpart, Kayode Fayemi, were part of the parley from the Tinubu camp while Governors Samuel Ortom (Benue) and Seyi Makinde (Oyo) attended the meeting from the Wike camp.

Reacting to the development, PDP spokesman, Debo Ologunagba said the party was not aware of the meeting between Wike and Tinubu.

Speaking further, Ologunagba said the process of resolving the feud between Wike and the PDP Presidential candidate, Atiku Abubakar, is ongoing, adding that the party is making good progress.

Naija News understands that Peter Obi and Kwankwaso could not come to an agreement when they had held talks about allying ahead of the 2023 election.

It was gathered that the duo could not agree on who should drop his presidential ambition and settle for the running mate ticket.

Speaking to Daily Independent, Galadima said there could be another chance for both parties to discuss about forming an alliance before next year’s election.

He, however, expressed disappointment that the NNPP could not seal a deal with the Labour Party.

According to him, If an alliance is sealed, next year’s election would have been won by noon.

Naija News reports that Atiku travelled out of the country on Monday after attending the Annual General Conference of the Nigerian Bar Association (NBA) in Lagos.

In a chat with The Punch, Atiku’s spokesman, Paul Ibe, said the former Vice President travelled to Europe for a business meeting after attending the NBA Conference.

This development comes hours after it was revealed that the presidential candidate of the All Progressives Congress (APC), Bola Tinubu met with Governor of Rivers State, Nyesom Wike, in London on Monday night.

However, it could not be confirmed if Atiku plans to meet with Wike in order to resolve the crisis tearing the opposition party apart.

Speaking on Tuesday in an interview with Channels Television, he accused other political party candidates of banking on their pecuniary resources, adding that they are “swimming in an ocean of wealth and power.”

He said: “Labour Party candidates, assume I am not the only one speaking, are driven by their records. They are stepping on what they have succeeded in to attempt to lead Nigeria.

“Other candidates, I don’t have to mention their names, are swimming in the ocean of wealth and power, and so they want to rule Nigeria.”

While lamenting that the past elections lacked the people’s will, Datti Baba-Ahmed said the sad and questionable state of Nigeria’s democracy resulted from the decisions of individuals and small groups.