Ayade, Cross River And The Lost Paradise By Bright Okuta 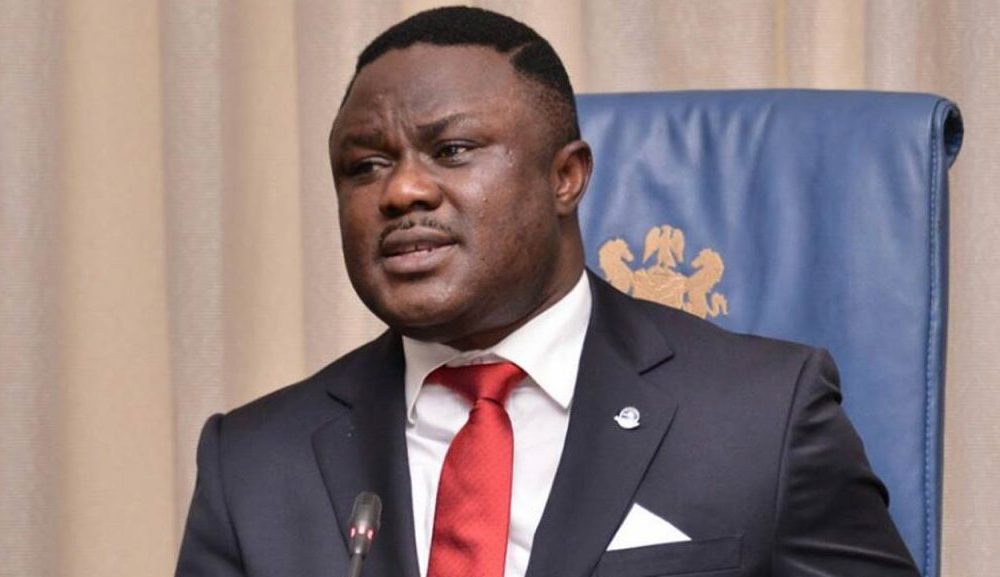 Cross River State under Ben Ayade, the self-styled “digital governor” has recorded a terrifying level of abysmal failure. Thanks to his excellent academic powers of retrogression. The state has retrogressed 30 years since he became governor in 2015. Cross River state, the tourism hub of Nigeria has become a Barcoon, desolated with rot.

Spiffily dubbed “The nation’s paradise,” ironically, it has become the lost paradise. The state capital, Calabar, widely known as the cleanest city in Nigeria through former Governor Donald Duke as the architect has become a home for debris and detritus. Its streets are littered with heaps of garbage with a pong of effluvium. From one roundabout to another, a terrible eyesore.

Insecurity has reached the crescendo. C.A.L.A.B.A.R, skited by residents as the acronym for ‘Come And Live And Be At Rest,’ is now a hotspot for cultists, kidnapping and all sorts of security problems. The serenity and tranquility of the city have been washed away. Insecurity has metastasized to all corners. The beautiful nightlife of the Canaan city is gone. Commercial activities are crippling. Businesses brought to a halt. Some are relocating to Uyo, the Akwa Ibom state capital.

For over 60 days between March and May, there was a total blackout in parts of the state. The price of a block of ice skyrocketed to N500 from N150.

In 2018, Cross River broke Nigeria’s budget record by becoming the first state to hit a 1 trillion Naira budget after Ayade presented a N1.3 trillion Budget to the state assembly. He jocosely tagged it “Budget of Kinetic Crystallization.” He gloated and boasted that the budget will “shift Cross River from a third world to the first world.” Unfortunately, Cross River fell to the last world. This barren boast was akin to an epileptic fit.

In this budget, N18 billion was allocated for the Odukpani Spaghetti Flyover. In his 2019 “Budget of Quabalistic Densification,” N16 billion more was allocated for it; and in his 2020 “Budget of Olimpotic Meristemasis,” N8 billion was again allocated for the same project. Yet, this project is still in its skeletal phase despite N42 billion (in total) spent. The project was estimated to be completed in 2019, but was shifted to 2020 and now shifted to 2023. Findings revealed that the company handling the project has no traceable address. And the contract details and processes have been a top secret.

His infrastructural gusto is a facade. His media foofaraw on projects is clearly a mirage. His appetite for industrialization is a humbug. The 38 factories he boasts with are still undergoing construction or have hardly taken off. Some of them have been abandoned and left uncompleted without efforts to complete it. Just empty skeletal structures.

Obudu Mountain Resort is in ruins. Tinapa is dead. Former Governor Donald Duke brought in a bright idea to marry business and tourism in the city of Calabar through Tinapa. Over $450 million was spent to develop it. Today, this master idea has been putrefied with a fetid stench due to lack of maintenance and complete neglect from successive governments. While Imoke neglected it, Ayade neglected, killed and buried it completely. With the vision of Mr. Duke, Tinapa would have been competing with top world leisure resorts like Naladhu in Maldives, Amanpuri in Thailand, or L’ Horizon in California, United States. It was a big dream—a big dream that was wrecked.

Workers are hungry. They swim in penury. Salary owed, months of no pay. Mothers bewail. They cry; they lament. They’re the Ad-hoc staff of Calabar Urban Development Authority (CUDA). They wake 5 am to sweep the streets with a teensy-weensy monthly salary of N7,500. They were not paid for 6 months. They protested in October 2021. They were teargassed and manhandled by special forces at the Old Secretariat complex, Calabar. They are widows. They’re the breadwinners of their home. 90% of them are aged. They only do that for survival.

In the midst of all this, Mr. Governor squandered N100 million to purchase the APC presidential form. I wonder what motivated him to think he would secure the APC ticket less than a month of joining the ruling party. I also wonder what or who motivated him to nurse the idea that he can govern a country like Nigeria if he couldn’t tidy up a state of 18 Local Governments. This is the height of self-deception. N100 million will clear the salaries of 13,333 CUDA ad-hoc staff at N7,500 each or 10,000 staff at N10,000.

On August 8, in a mild drama, the Catholic Bishop of Uyo Diocese, Bishop John Ebele Ayah rejected a donation of N25 million from Governor Ayade. The governor had donated this during a Thanksgiving mass for Justice Emmanuel Agim Akomaye’s elevation to the Supreme Court. Bishop Ayah, instead asked the governor to use the money to pay salaries. The bishop sees and understands the plight of the Cross River civil servants who are in dire need of this money—money they worked for. The Bishop is concerned about the everyday protest rocking the streets, even as the governor and his retinue of charlatans pay deaf ears or blind eyes to them.

While the bad leaders rip off the pride as the paradise state, the people of Cross River are priding with the ever delicious Afang and Edikang Ikong soup, and other finger-licking delicacies.

They still boast of the hospitality of the people—how welcoming and accommodating the people of Cross River state are. How affable and genial they are despite the failure of governance.

Before his swoop into politics, and during his stint as Cross River North Senator, Ayade sold himself to the people as a man with love for the masses. His ‘Ayade motors’ subsidized transportation costs for Cross River people. For this act, he received a drum of praise. He won the people’s hearts and trust. And this increased his chances of becoming a governor.

The people were convinced that if he could do all these philanthropic works, he would do even more if elected Governor. But this trust was dashed to the wind. Those acts were clearly a subterfuge.

Bright Okuta is a writer and digital journalist.