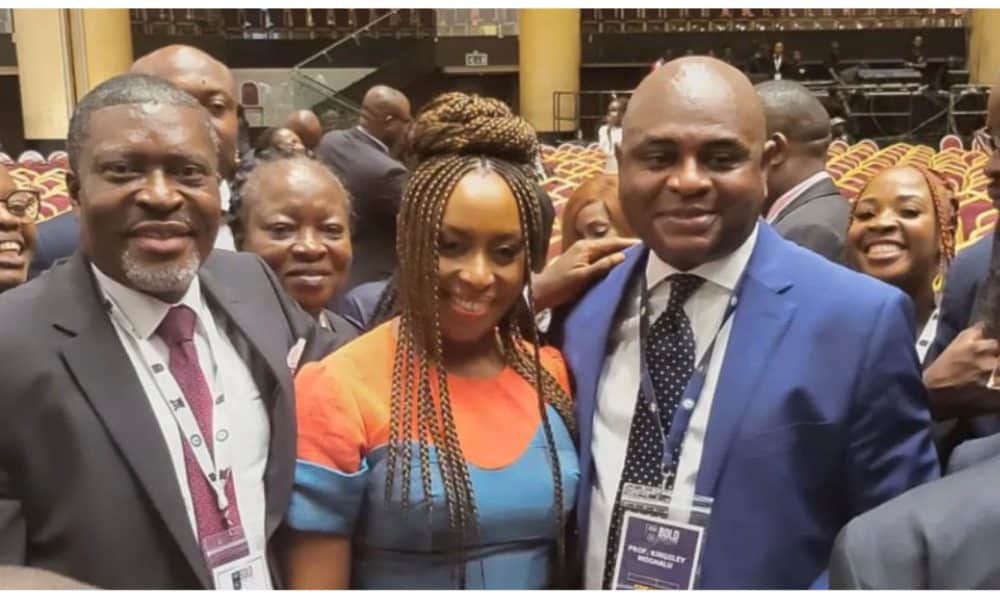 Nollywood actor and Lawyer, Kanayo O. Kanayo has carpeted a Twitter user who called him a fan of renowned author, Chimamanda Adichie.

Naija News reports that this came after the actor took to the microblogging platform to share moments from the NBA conference in Lagos.

In the picture, the veteran actor, Chimamanda and former presidential aspirant, Kingsley Mohgalu were seen posing for the camera.

Reacting to the post, a Twitter user wrote: “Chimamanda Ngozi Adichie flanked by fans at the NBA conference.”

Responding to the tweet, Kanayo said he is always a fan of progressive minds of Nigerian decent, moreover, the renowned novelist is his sister.

He wrote: “I will always fan progressive minds of Nigerian decent. Besides she’s my sister too.”

Meanwhile, veteran Nigerian rapper, Eedris Abdulkareem, has sent a heartfelt message to his wife, after she donated one of her kidneys to him.

The rapper took to his Instagram page to announce to his followers that his surgery was successful.

He proceeded to shower praises on his beloved wife, for being supportive and compassionate while also adding that God has made his life complete with her.

He also sent a beautiful message to his children and promised them that their parents will return home hale and hearty.

The entertainer further thanked his extended family, friends, crew members, fans and well-wishers and promised them that they will be seeing him soon.