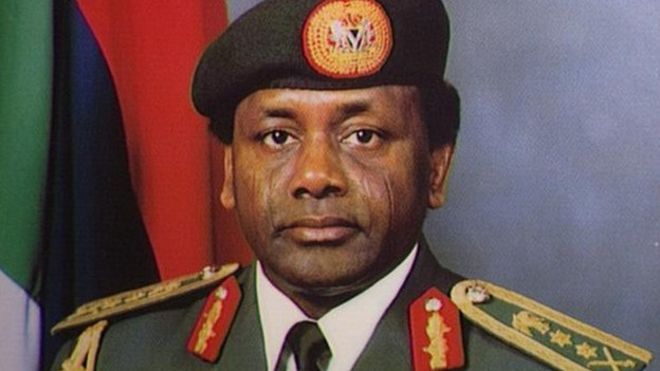 A member of the House of Representatives, Dachung Musa Bagos has berated the Muhammadu Buhari-led Government over the disbursement of recovered Abacha loots.

Speaking during an interview on Channels Television on Wednesday night, Bagos said the executive has failed to notify the National Assembly on the disbursement of the recovered loots.

The Peoples Democratic Party (PDP) lawmaker claimed that the Buhari government is not using the recovered funds on projects that will benefit Nigerians.

Bagos added that the National Assembly has not ratified any agreements entered before such recovered loots were repatriated.

He said: “This is my third year in the National Assembly, we have never discussed any of the recovered loots. We just sit down and we hear that the executive recovered loots and allot the same to projects that they so desire.

“We believe that when we discuss these issues at the National Assembly, we appropriate those funds according to the needs of Nigeria, it is going to go a long way; not just the executive looking at it and alloting it (the fund) to what they feel it should be,” he added. “The constitution has given us that right.”

Speaking further, Bagos asked the government to use part of the recently returned $23m Abacha loot to settle the Academic Staff Union of Universities (ASUU).

He added: “We have pressing needs. Like now, ASUU has been on strike and the government is trying to settle those issues.

“As a representative of the people, if I have to argue where those funds should be channelled to on the floor, I will say, ‘Why can’t you channel this fund to ASUU so that most of the youths that are at home would go back to school?’ But some of the areas we feel that the executive is channelling those funds are not the immediate needs of Nigerians.”

US To Return $23m Abacha Loot To Nigeria

The United State Government (US) is set to return over $23 million Abacha loot to the federal government of Nigeria.

This is coming after Nigeria and the US government reached an agreement on the loot.

The agreement signing ceremony was held in the office of the Attorney General of the Federation and Minister of Justice, Abubakar Malami on Tuesday, Naija News understands.

Malami, while speaking after the agreement was signed, said the fund when returned would be used for three ongoing projects.

According to Malami, the projects include the ongoing Abuja-Kaduna road and the 2nd Niger Bridge.

The federal government of Nigeria in the past had recovered several other tranches of the Abacha loot, which are proceeds diverted from the public account by General Sani Abacha’s military administration in the 1990s.

In 2020, the US and Jersey also agreed to return over $308 million in confiscated funds to Nigeria.

In 2006, about $723 million in Abacha loot was returned to Nigeria from Switzerland.

BREAKING: ICPC Releases Statement On Why D’banj Was Arrested

BREAKING: ICPC Releases Statement On Why D’banj Was Arrested