Sowore Reacts To Obasanjo’s Meeting With Obi, Wike, Others In London 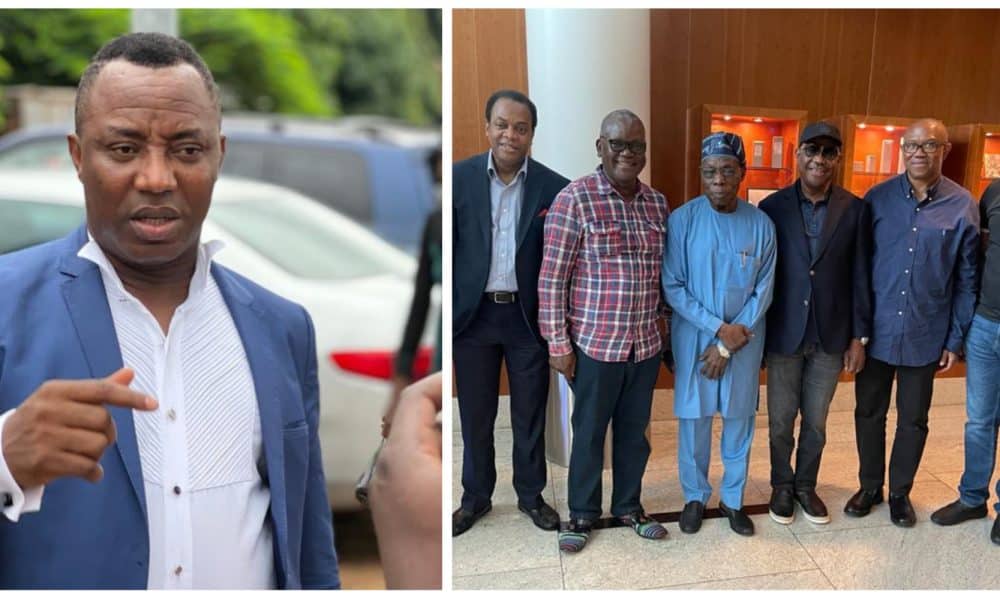 Naija News earlier reported that the meeting which was held in London had in attendance some governors elected on the platform of the Peoples Democratic Party (PDP).

However, the reasons for their meeting have not been ascertained but there are speculations that it might be connected to issues regarding the 2023 presidential elections.

Sharing the photos on his Twitter Page, Sowore claimed Obasanjo and the governors are the special citizens in Nigeria earning ‘maximum’ wage.

According to Sowore, the wages of the aforementioned individuals at the meeting in London are more than what Nigerian workers in ten states receive in a month.

He wrote: “These are the special citizens of Nigeria earning maximum wage! The wages of these individuals meeting in London to decide their “fate” is way more than those of Nigerian workers in 10 states of the federation in 1 month.”