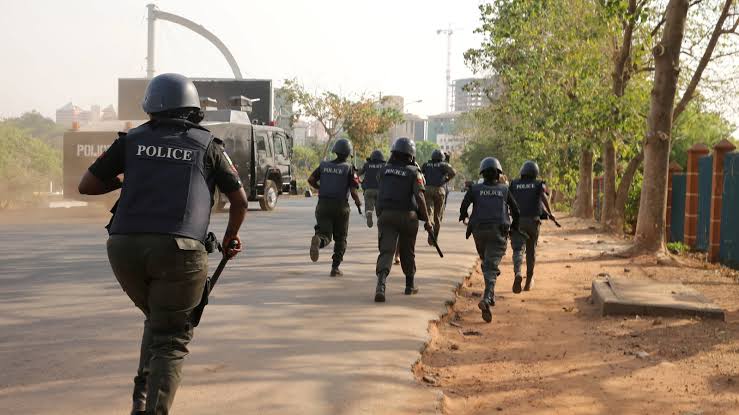 Unknown gunmen have reportedly killed an Inspector of the Nigeria Police Force in Lagos State.

The State Police Command confirmed this in a statement on Thursday through its spokesman, SP Benjamin Hundeyin, Naija News reports.

Narrating the event, Hundeyin told newsmen in Lagos that the Inspector was inside a tricycle when he was shot at around the Coker Aguda area of Lagos on Wednesday, August 24, 2022.

The police mouthpiece said the command had since launched an investigation to track and arrest the gunmen.

Hundeyin said that the tricycle driver was arrested for questioning after the incident, but was subsequently released with an instruction to appear again on Thursday to assist with the investigation.

The PPRO explained that the deceased was posted to a bank, but that the incident didn’t happen at his duty post.

“He had left and was going somewhere inside a tricycle. He actually hired the tricycle and was the only passenger.

“He was attacked, shot and his service pistol taken away. It happened in the afternoon around 3.00 p.m., he died in the night,” the spokesman said.

He said that the identity of the deceased would only be revealed after contacting his family members.

Shake Up In Police As IGP Orders Posting Of Senior Officers

The Inspector-General of Police, IGP Usman Alkali Baba, has approved the posting of some senior officers.

Naija News reports the posting affects senior officers on the rank of Commissioners.

A statement on Wednesday to that effect by the Force Public Relations Officer, Olumuyiwa Adejobi quoted the IGP to have urged the officers to hit the ground running and justify the confidence reposed in them.

According to the statement, The Inspector-General ordered the posting of CP Abubakar Lawal, to the Kano State Police Command as the new Commissioner of Police in charge of the State.