2023: ‘Obasanjo Is Mobilizing Support For Peter Obi But He Will Come Distant 3rd’ – Adeyanju 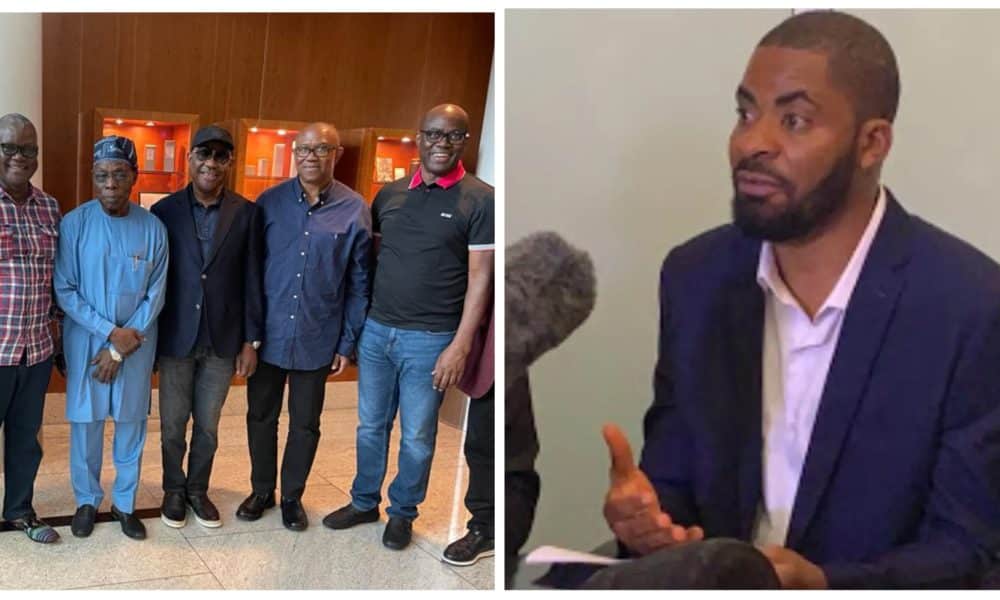 Naija News reports that this is coming in the wake of Obasanjo’s meeting with Obi and some Peoples Democratic Party (PDP) governors in London, on Thursday.

In the post shared on his Twitter page on Thursday, Adeyanju said the elder statesman has been calling people across the world to support the former Governor of Anambra State.

According to him, Obasanjo has also called on some international connections to fund the campaign of the LP flagbearer.

He, however, added that amidst the support from the former president, Obi will come a distant third in the presidential election and challenged anyone in doubt of his words to bet with him.

He wrote: “I have information and those who know me know this. OBJ is supporting Obi 100% and I said this days ago.

“Baba has been the one calling people all over the place for Obi; from PDP governors to international connects and even people that can help fund the campaign but Obi will still come distant 3rd. Do you wanna bet?”