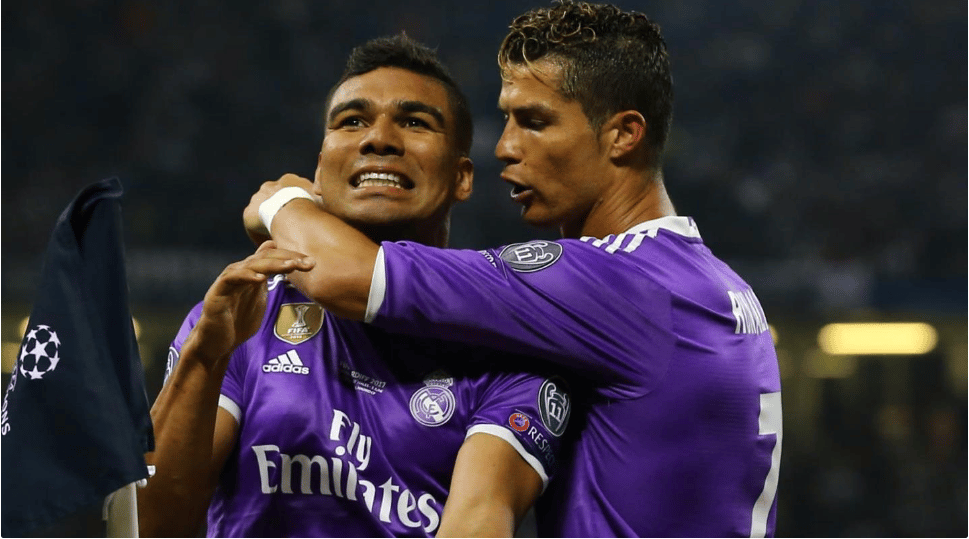 According to him, his former teammate at Real Madrid, Cristiano Ronaldo, is helping him settle down easily and he hopes that the player stays beyond this summer at Old Trafford.

United battled through last summer with a poor finish on the table. The Red Devils had again suffered two embarrassing defeats this season until last Monday when they conquered ‘almighty’ Liverpool in a 2-1 win.

Before now, there have been rumours that Ronaldo will dump Man United for a Champions League playing club.

While no positive deal has come up for the Portuguese captain, Casemiro is hopeful that Ronaldo remain at Old Trafford.

The 30-year-old defensive midfielder said Ronaldo has already helped him with adapting to his new surroundings.

“We approached each other because of the language, too. Since the first day here, he has helped me with everything. He is helping me a lot.

“I really hope he stays with us,” Casemiro told ESPN Brasil.

Having suffered an embarrassing defeat at Old Trafford last Monday night against Manchester United, Liverpool may yet lose another top player.

According to Daily Mirror, any money received from the Bundesliga side could be used to find a replacement for Keita to boost Jurgen Klopp‘s troubled midfield.

Liverpool started its first three 2022/23 Premier League matches poorly and the defeats are considered consequences for many injured players in the club.

In the defence, the likes of Ibrahim Konate, and Joel Matip are currently recuperating from injuries they suffered during the pre-season games.

In the midfield, Thiago Alcantara, Alex Oxlade-Chamberlain, Curtis Jones and Keita are also healing from one injury or the other.

Fabinho and Harvey Elliott have just recently returned to the squad too and are still struggling to get match fit.

In the face of the current poor form, Liverpool is reportedly considering signing Brighton star, Moises Caceido as a possible solution to the midfield crisis.