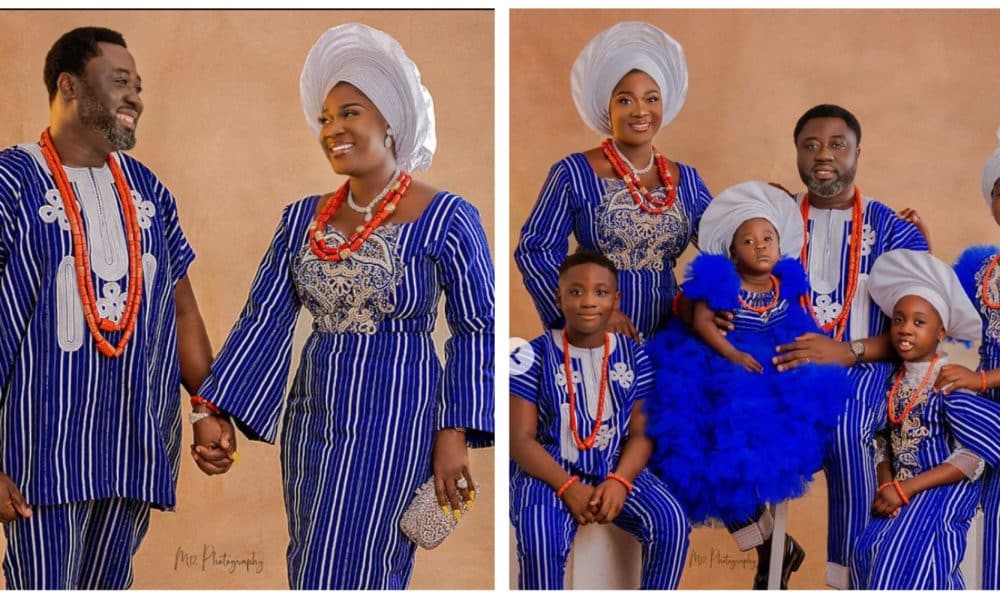 Naija News reports that the award-winning actress, her husband and children were captured rocking blue native outfit and beads to compliment it.

Gushing over their union, Mercy said it still feels like yesterday when her husband held her hands and promised to never let it go.

She wrote: “Chapter 11…..@princeodiokojie held my hands and promised never to let it go….we still fresh like yesterday…Thank you lord.” 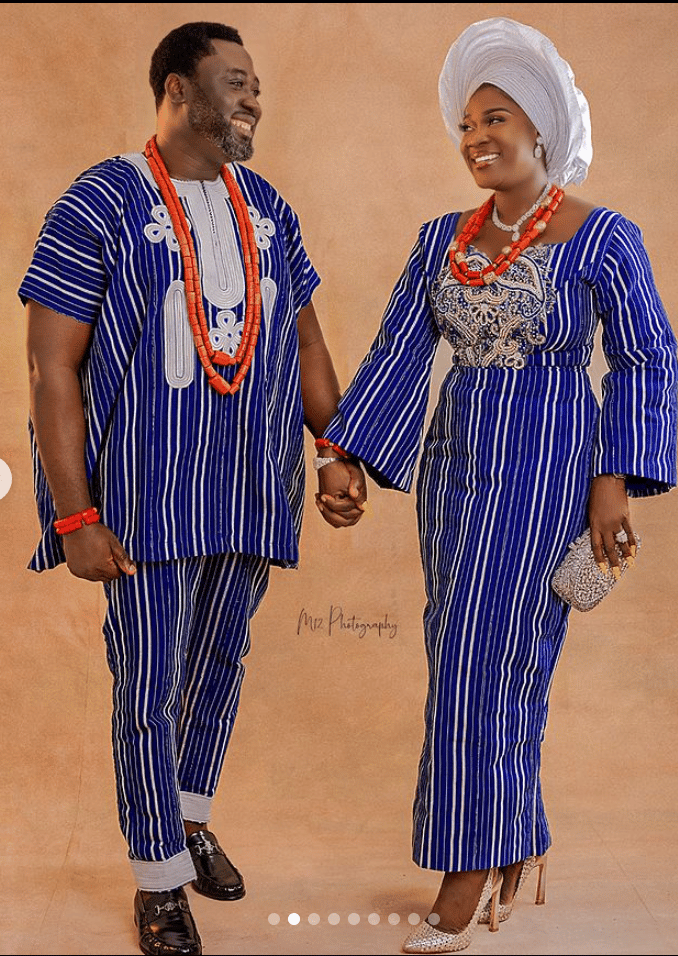 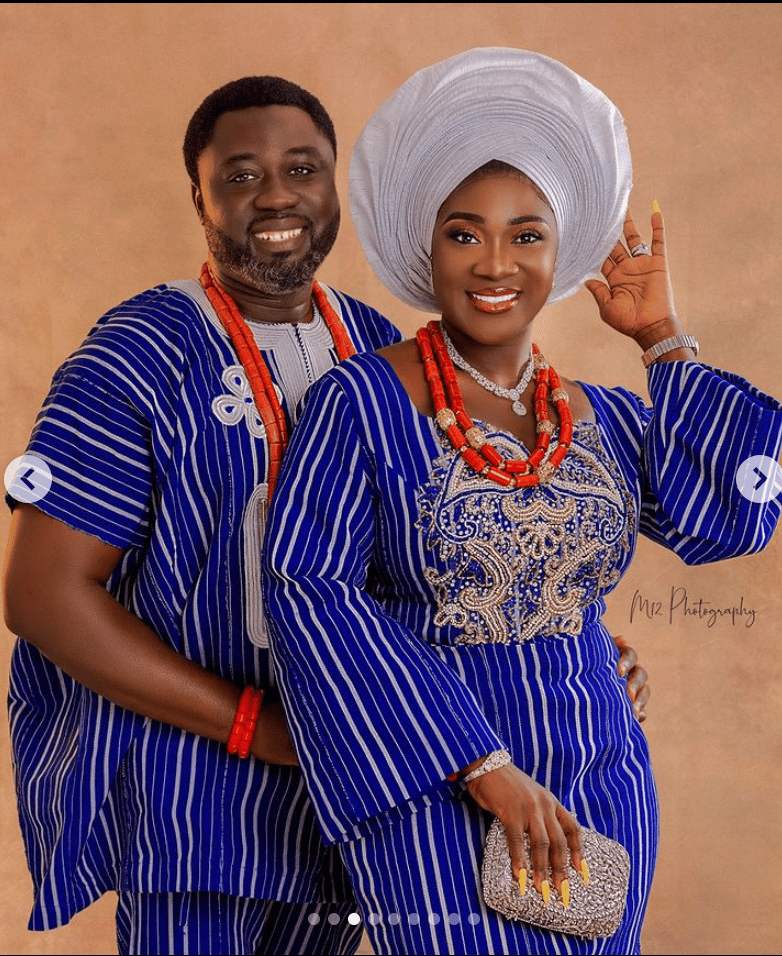 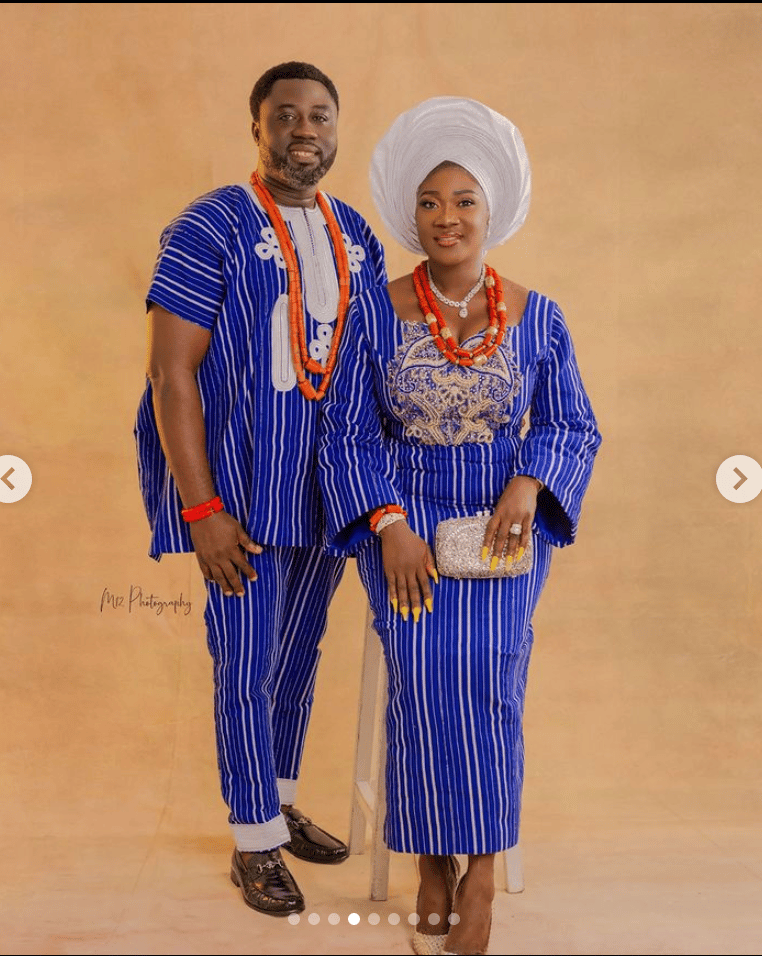 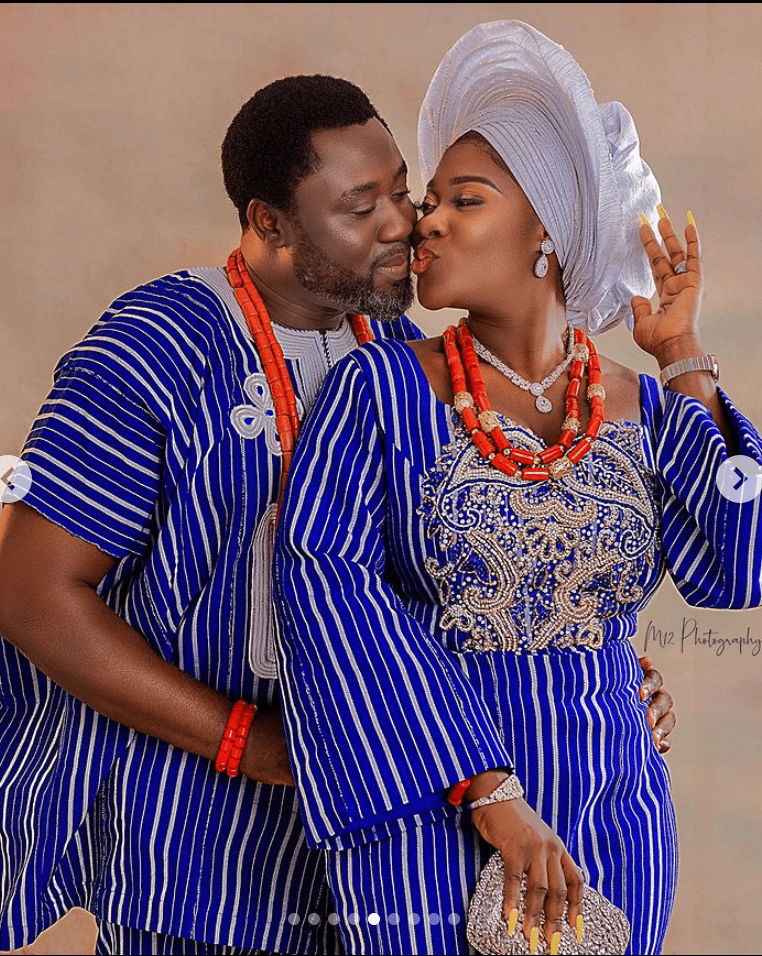 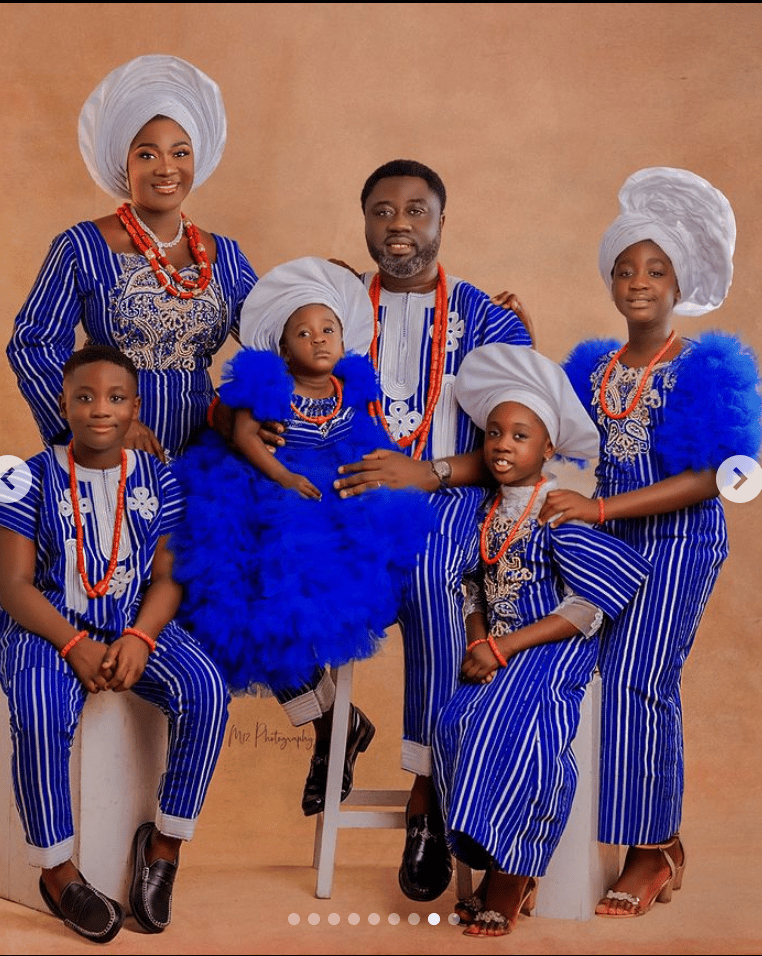 Meanwhile, Grace Makun, the wife of Omoniyi Makun also known as Yomi Casual, has sent an urgent plea to members of the public over a missing piece of luggage.

She begged whoever took the luggage mistakenly or intentionally to return it and help her save her marriage as her husband had given her an earful over the incident.

She explained that the incident occurred in the airport after a flight from Lagos to Delta.

The entrepreneur’s wife stated that she took someone else bag while the other person took hers.