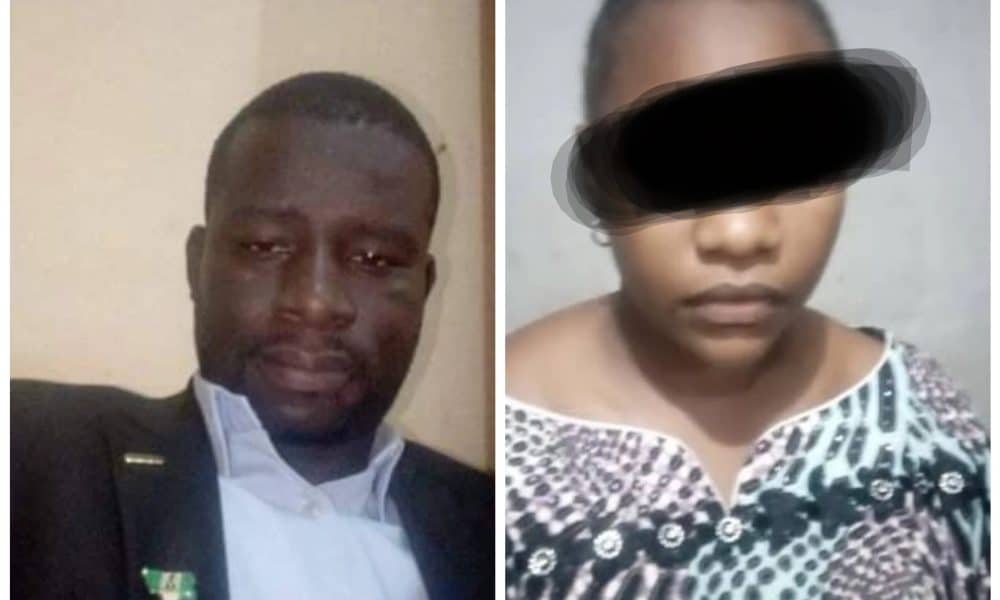 The police reportedly got wind of the situation on Thursday when they received a report that a suspected strange noise was heard from the deceased apartment.

On receiving the report, the officers immediately swung into action and visited the scene where they found  Ibrahim lying down in a pool of his own blood and was later confirmed dead by a medical doctor.

His wife estranged wife was also seen in the compound and was suspected to have committed the crime.

Spokesperson of the command, SP Nafiu Abubakar, disclosed this in a statement on Friday.

According to him: “On 25/8/2022 at about 2140hrs, Policemen attached to the Divisional Police Headquarters, Gwadangaji, received an information that, a suspected strange noise was heard from the house of a neighbor, one Attahiru Ibrahim ‘M’ of Alieru Quarters, Birnin Kebbi, and his gate was also locked.

“On receipt of the information, a team of Policemen were swiftly mobilized to the scene and forced themselves into the house where they found the said Attahiru Ibrahim lying down in pool of his own blood and was later confirmed dead by a medical Doctor.

“Similarly, his estranged wife, one Farida Abubakar ‘F’ aged 30yrs was also seen inside the compound. Hence, she was suspected and arrested in connection with the case.

“Consequently, the Commissioner of Police, Kebbi State Command, CP Ahmed Magaji Kontagora had directed the DPO to immediately transfer the case to SCID, Birnin Kebbi, for discreet investigation with a view to unravel the circumstances surrounding the ugly incident.”