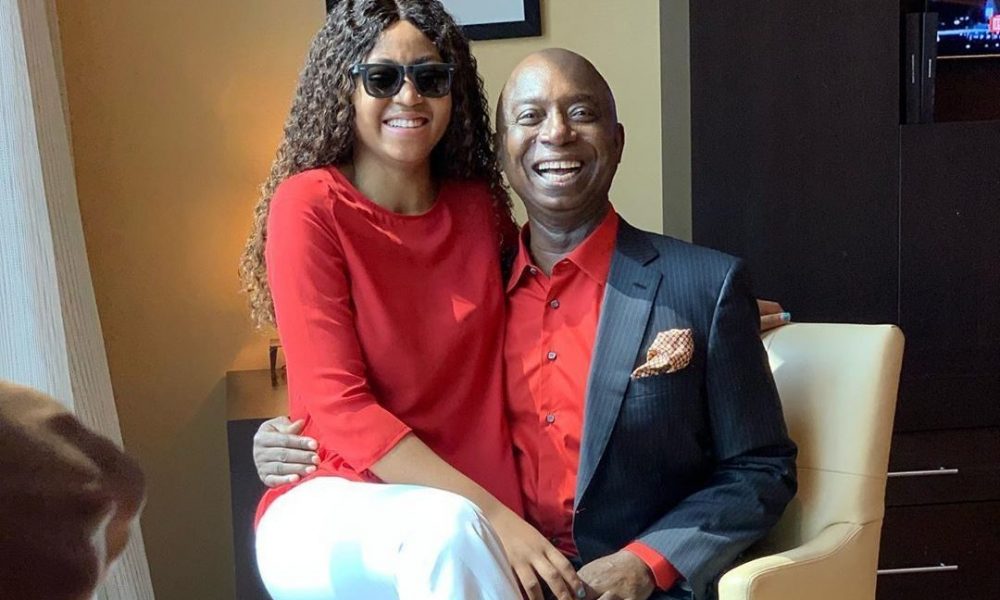 A video making the rounds on social media has shown the moment Delta State University (DELSU) students confirmed to Nigerian billionaire and philanthropist, Ned Nwoko that they acknowledged his presence at an event because of his wife, Regina Daniels.

In the video, the Nollywood actress is seen accompanying her husband to an event hosted in DELSU. The duo were greeted with a loud cheer when they arrived.

While addressing the students, Nwoko stated that he was told the reason, there was a hearty welcome when they arrived was because of his wife Regina. He proceeded to ask if this was true. The student replied in the affirmative to his question.

Watch the video below.

Naija News reports that the rift between the duo began in July when Ruger replied a BNXN fan who claimed the latter was a better singer.

In his response, Ruger had insinuated that his success in the music industry was based on his solo songs while BNXN, formerly known as Buju, relied on collaboration to make hits.

BNXN, who recently released his new project, ‘Bad Since ’97, on Wednesday took to Twitter to make a celebratory post after it topped the Apple Music’s Nigerian album chart.

Replying BNXN wrote: “The project will ALWAYS be more important than the hit! Look at Burna Boy! That’s my yardstick, you think I wanna blow with 1/2 songs and I no fit come back ?? When he was dropping you didn’t call those songs hits back then but you see now? Open your eye patch.”