NBA Slams Lawyers Over Looting Of Conference Materials, Others 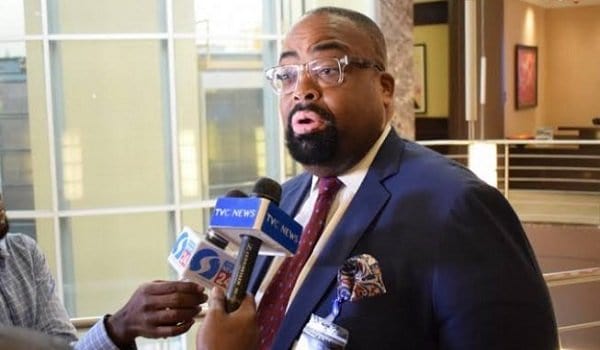 The Nigerian Bar Association (NBA) has berated its members over the looting of conference materials and vandalisation of the collection centres.

Recall that some lawyers went on a rampage on Tuesday over the distribution of bags at the association’s Annual General Conference held at Eko Atlantic City, Lagos.

In a viral video seen by Naija News, some lawyers were seen destroying the collection centres and looting conference materials.

Speaking on the incident on Thursday, NBA President, Olumide Akpata, condemned the lawyers over the looting of the materials, describing it as disgraceful.

Akpata stressed that anyone found complicit in the vandalisation of the collection centres and assault on officials will be prosecuted.

“I hereby assure the generality of Nigerian legal practitioners that any lawyer found complicit in the vandalisation of conference booths, theft of phones, assault on officials will be prosecuted,” he said.

Speaking further, Akpata said the reason for the delay in the distribution of conference materials was due to the low-quality bags supplied.

He said the Technical Committee on Conference Planning (TCCP) of the NBA had earlier sent out emails informing lawyers that distribution of conference materials would be suspended owing to substandard materials supplied.

“No one said we will not encounter difficulties in life but the hallmark is how quickly we resolve such difficulties,” he said.