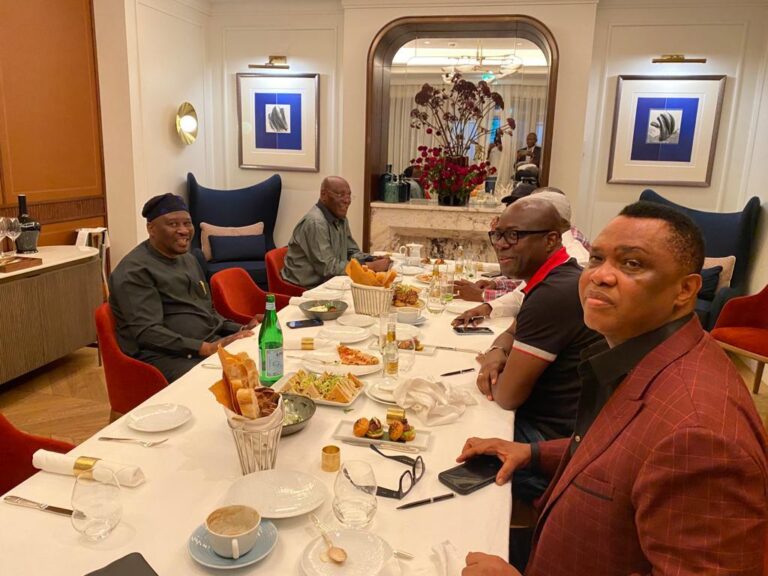 The camp of Governor Nyesom Wike of Rivers State has reportedly asked for the resignation of the National Chairman of the Peoples Democratic Party (PDP), Senator Iyorchia Ayu.

Naija News understands that the Wike camp made the demand during the meeting between the presidential candidate of the PDP and the Rivers governor.

The allies of the governor said the resignation of the PDP chairman is the only way to resolve the rift between Atiku and Wike and move the party forward.

They described Ayu as a divisive figure, stating that he would need to step down for there to be harmony in the opposition party.

“Governors in Wike’s group demanded that Ayu would have to resign for peace to reign in the party. They said he is a divisive figure,” a source close to Atiku told TheCable.

In a counter to the demand for Ayu’s resignation, Atiku said the Deputy National Chairman (North), Umar Damagum, would become the chairman according to the PDP constitution

But the governors who are in Wike’s camp said both would have to resign then and pave the way for Taofeek Arapaja, deputy national chairman (south), to be in charge of the party.

He said: “They said it is about consensus for the good of the party. Atiku told them that he would think about it and get back within two weeks.

“They also said that in 2011, Okwesilieze Nwodo resigned and paved the way for Haliru Mohammed Bello to become national chairman because the party’s presidential ticket was coming to the south through Dr Goodluck Jonathan.”