Atiku’s Loyalist Reveals Why PDP Chairman Must Not Resign 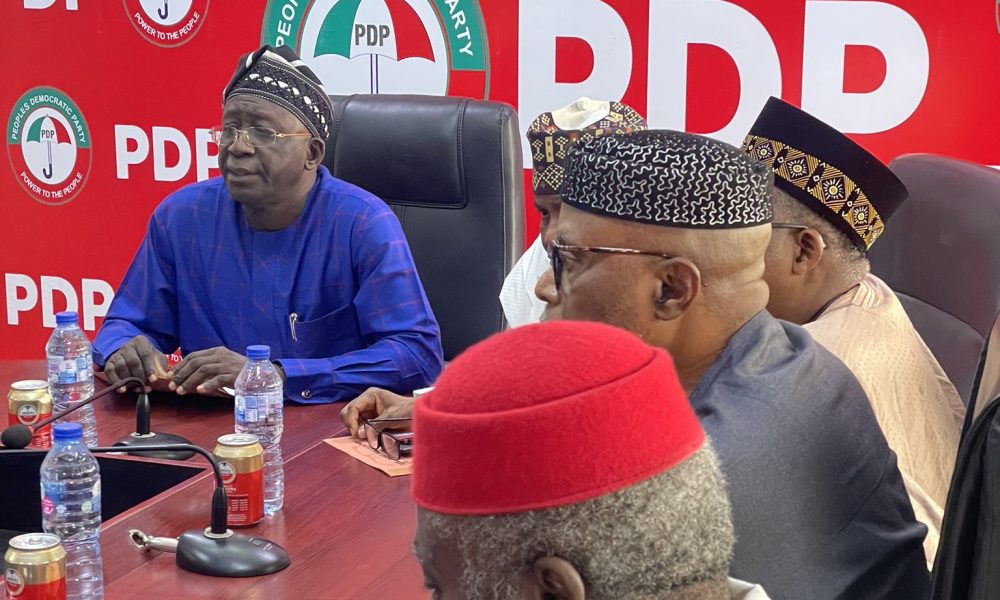 A loyalist of Atiku Abubakar, the presidential candidate of the Peoples Democratic Party (PDP), Senator Lee Meaba, has revealed why the National Chairman of the PDP, Iyorchia Ayu, must not resign.

Naija News reports that Governor Nyesom Wike of Rivers State has insisted on Ayu’s resignation as one of his conditions to back the presidential bid of Atiku.

Wike’s camp claimed that Ayu had “promised to resign” his position if the presidential candidate of the PDP emerged from the North.

But in a statement released through his media aide, Simon Imobo-Tswam, Ayu stated that he was elected as the National Chairman to lead the party for the next four years.

The PDP National Chairman said the people that are desperate to remove him from office are not even aware of the constitution of the party.

He added that he is on an assignment to lead PDP on a rescue mission by February 2023.

Also speaking on Arise TV on Friday, Lee Maeba said the PDP could not afford to organize a convention six months to next year’s election as a new chairman can only emerge via a mini-convention.

He, however, admitted that the arrangement of the PDP is to have a National Chairman from the South if the President is from the North and vice versa.

Maeba said, “The arrangement is that the chairman cannot come from the same zone as the president.

“When Yar’adua emerged as the president of Nigeria, Ali resigned, and there was a reshuffling.

“Because this reshuffling even calls for a mini-convention, and if you ask me, will any sincere party man who wants the party to win the election be demanding for a convention at this time, in the middle of the election? My answer will be no.

“The common convention is that the president and the chairman cannot come from the same zone.”