BBNaija S7: ‘If Not For Biggie, We Would Not Be In Same Space’ – Sheggz Slams Chizzy Over Food 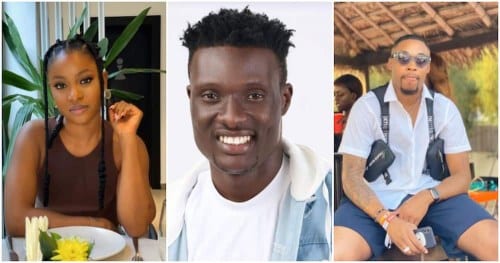 The drama in the ongoing Big Brother Naija Season 7, has become more intense since the two levels of the reality TV show were merged last week Sunday.

Naija News reports that Sheggz and one of the fake housemates, Chizzy engaged in a heated argument, where he stated that he would not have been in the same space with his colleague (Chizzy) if not for the show.

The duo were involved in a verbal war on Friday night after Chizzy called Bella ‘Ekuke’ (which means local dog) during a face-off.

Bella had taken eggs belonging to Level 2 to use after asking permission from Modella and some other housemates.

Unaware that Bella had taken permission, Chizzy attacked her for using their egg and called her ‘Ekuke’.

Displeased with the altercation, Bella’s boyfriend, Sheggz jumped in to defend his girlfriend, and the two got into a clash.

Sheggz, who took sides with his lover, Bella, told Chizzy to respect women and rather take up things with him.

According to him, the Big Brother Naija house causes disrespect and he would not have been in the same space with Chizzy if not for the reality show.

He said: “If not for Biggie, we would not be in the same space.

“Why are you disrespecting a woman? That is a violation. Why take it on her if you want to disrespect me go ahead and leave her out of it.

“Being in this house just brings disrespect.”