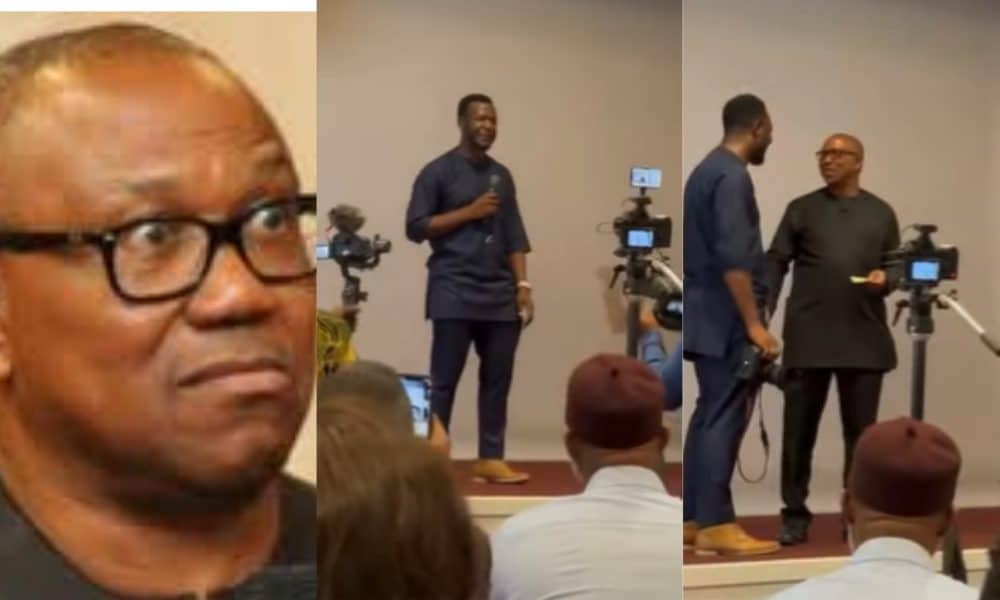 Chukwuebuka Ezenwo, a beneficiary of the educational impact of the presidential candidate on the platform of the Labour Party, Peter Obi while he was the Anambra State Governor has surprised him with his story in Germany.

Naija News earlier reported that Obi confirmed in a personally signed statement on Thursday that he will be travelling overseas to hold dialogue with Nigerians in the diaspora.

The former Anambra State Governor listed countries he will be visiting to include Germany, Italy, Canada and the U.S.A.

In the town hall meeting held in Germany by Nigerians in Diaspora, Chukwuebuka,  narrated how he reached out to the former Anambra state Governor, as a student seeking financial assistance to attend a summer program abroad.

According to Chukwuebuka, Obi invited him over to the government house and assured him, of the funds needed for the workshop which were paid in full.

He added that he was able to go for his masters program then PHD after the help rendered by the former Anambra state governor.

Speaking at the event, Peter Obi expressed shocked when Dr Ebuka showed up in Germany town hall event to share his story.