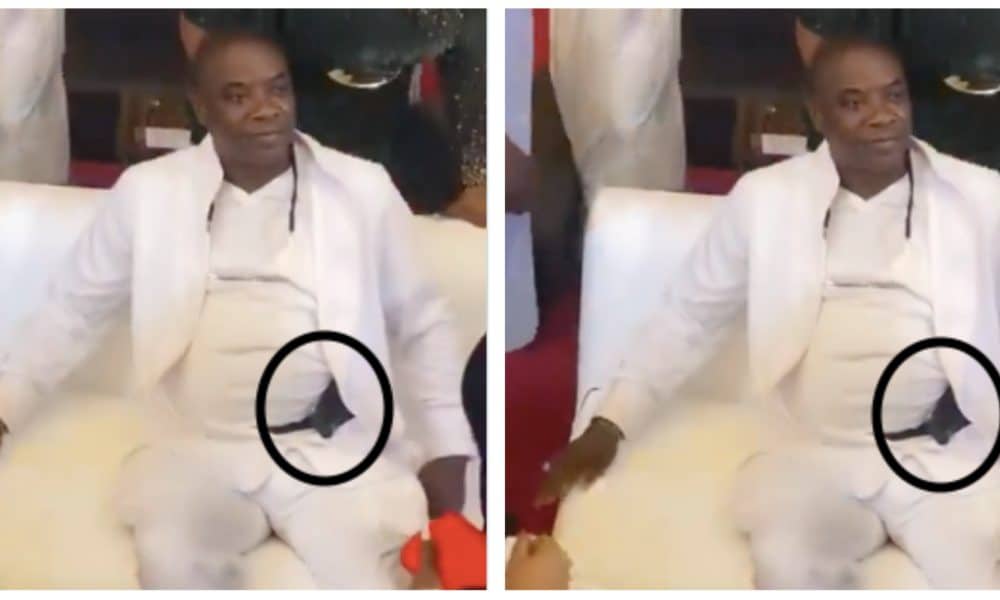 Nigerian fuji musician, Wasiu Ayinde Marshall, popularly known as Kwam1, has sparked reactions online after he was spotted with a gun at an event.

Naija News reports that in the video making the rounds online, the gun which was obviously strapped around his waist became more visible when he was about to sit down at the event.

This also stirred reactions from many Twitter users, while some questioned the need for a gun on such an occasion , while others claimed it was not a new thing.

@Dpretto1 wrote: “Kwam1 the Guntimate! No time to loose guard if not you go collect.”

@Buksman_ wrote: “I think that’s what this pr was actually taking about. Everybody just dey shout Glock”

@matoskee1 wrote: “He’s always with pistol right from time when he stays in okota those days.”

@Queenofthepacks wrote: “This country, you have to stay armed 24/7. .. especially if you know you got enemies”

@AdewaleomoBello wrote: “Naso K1 dey always carry him pistol everywhere him go. He had an issue with
@OgunPoliceNG some years back”

@Abbyssms wrote: “KWAM 1 has always had gun with him outside, nothing new”

@OmoAsaleJeje wrote: “Baba done dey use pistol for long even before Naija security worst self”