The PUNCH: The state of insecurity in Nigeria has assumed a frightening dimension as over 40 local government areas in different parts of the country are firmly in the control of various non-state actors, including terrorists, bandits and so-called unknown gunmen. The ungoverned territories are spread over local government areas in Kaduna, Zamfara, Niger, Katsina, Sokoto, Abia and Imo states. 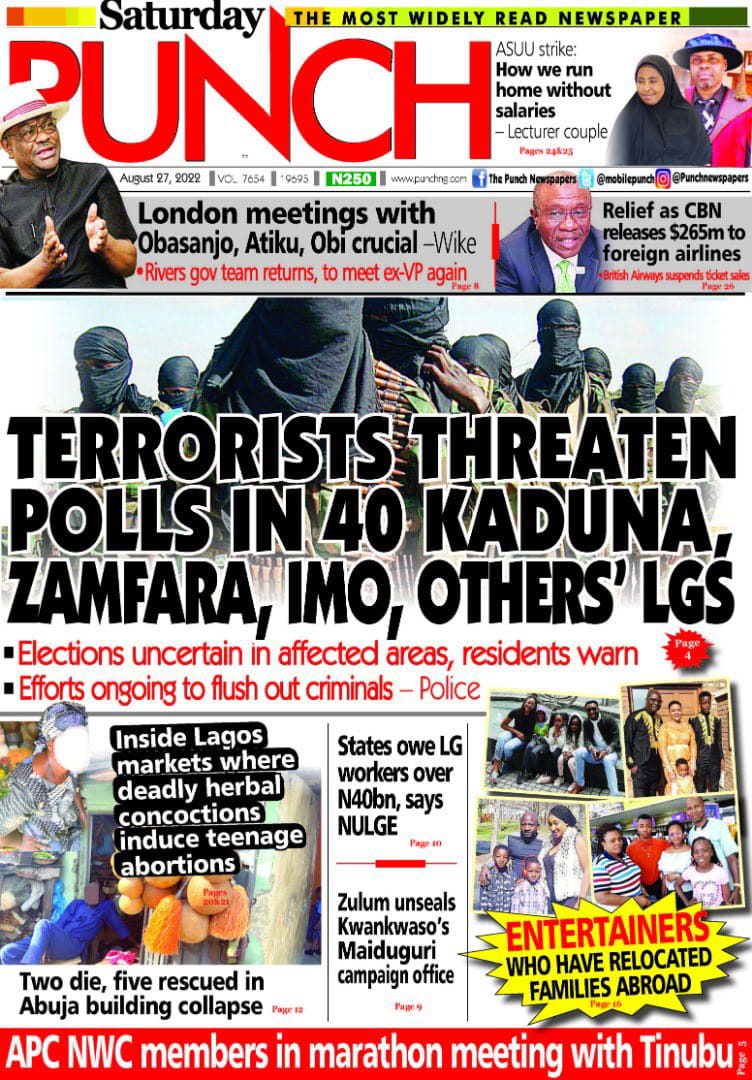 The Guardian: London where the destiny of Nigeria was once shaped to fail by colonial masters is again playing host to political leaders and concerned citizens are wondering, what’s in it for Nigeria’s future? October 1, 2023, will make it clear 60 years after Nigeria attained the status of a sovereign republic. It was on that date that Britain, the country’s former colonial overlords, withdrew its oversight of the political developments of Nigeria. Her Majesty, the Queen of England, took down the Union Jack and in its place, Nigeria’s Green-White-Green flag, was unfurled. 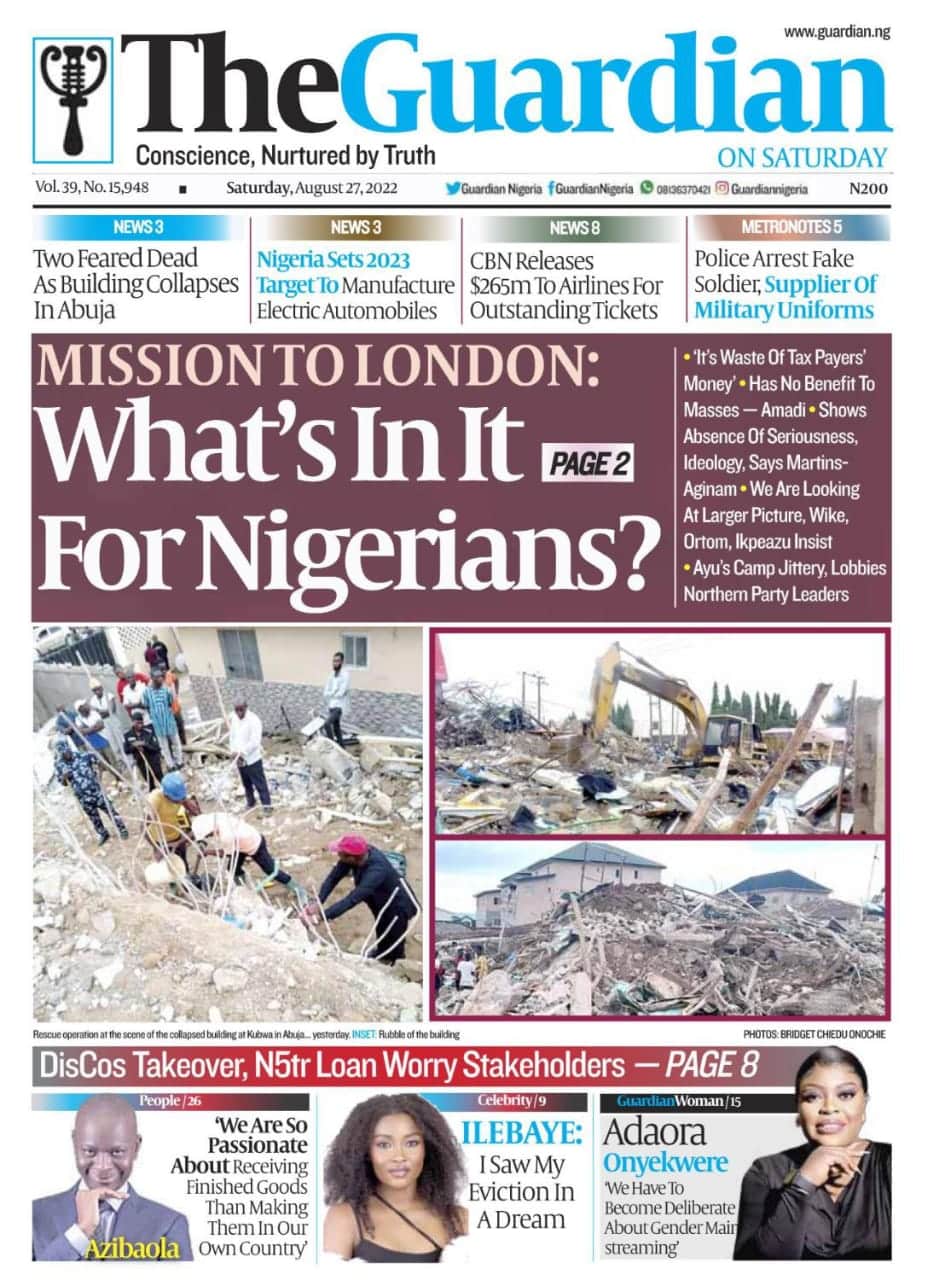 This Day: A number of foreign airlines had raised the alarm over their inability to remit their revenues in Nigeria said to be around $450 million. Last week, Emirates Airlines announced that it would suspend all flights to Nigeria from September 1, 2022 over its stuck $95 million.The Nigerian government bowed to the foreign airlines’ pressure yesterday. 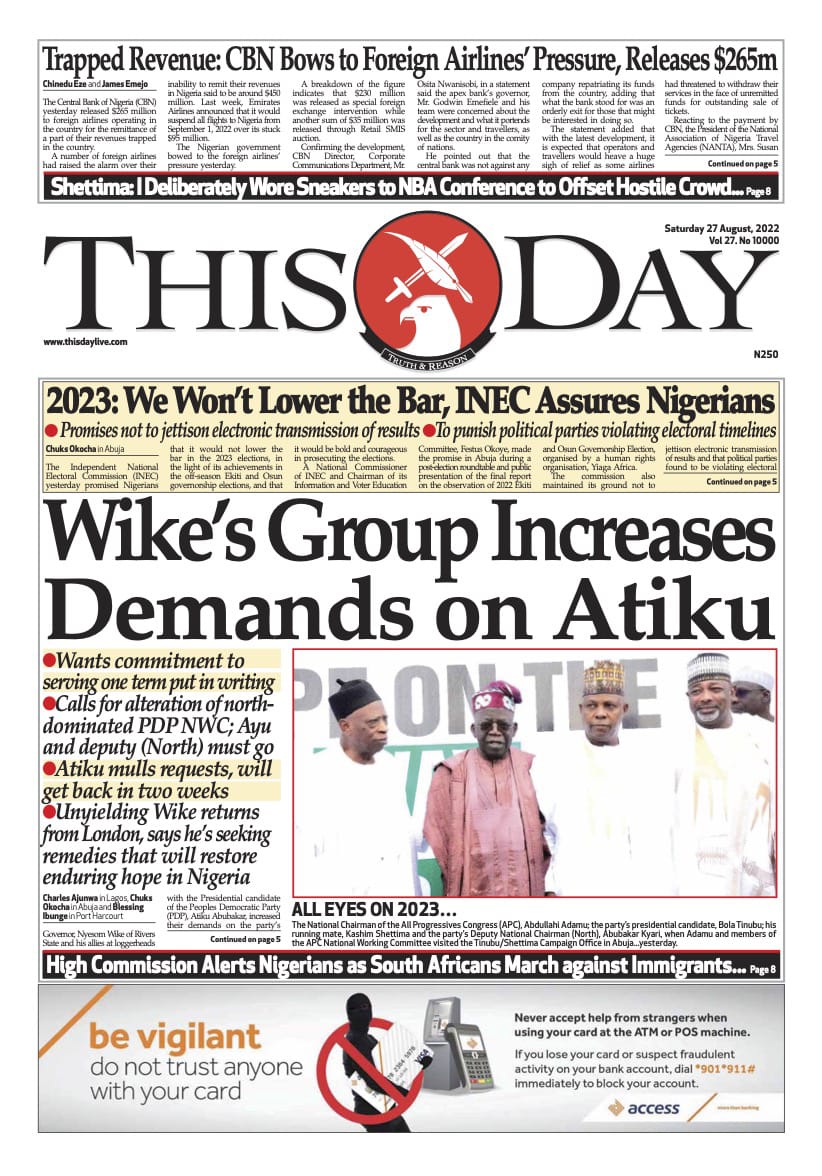 The Nation: Rivers State Governor Nyesom Wike yesterday shed light on his London meeting with the All Progressives Congress (APC) presidential candidate, Asiwaju Bola Tinubu, earlier this week and declared that it was all part of the effort to make Nigeria a better nation. 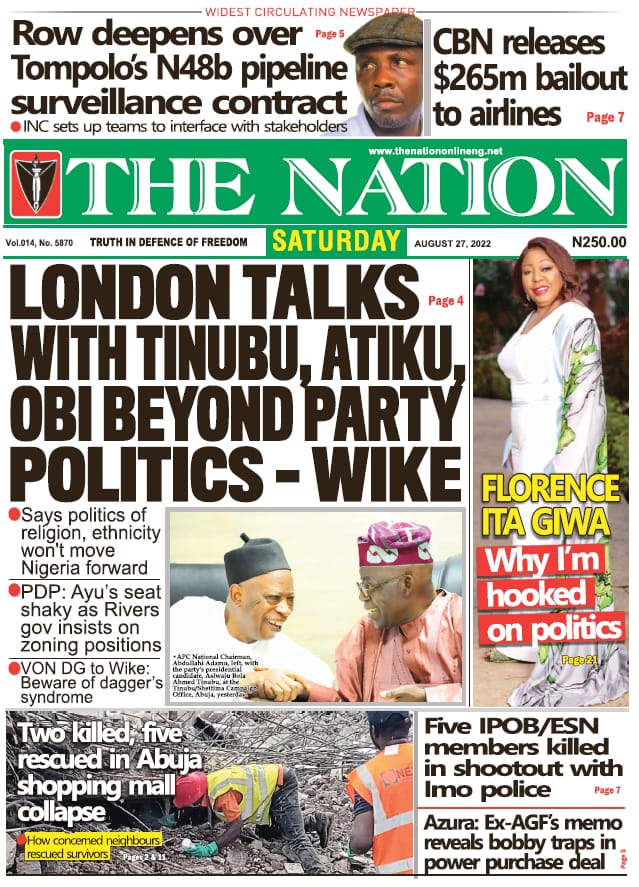 Saturday Sun: The crisis rocking the opposition Peoples Democratic Party (PDP) might soon dissipate, following what some stakeholders termed the encouraging fallouts from Thursday’s meeting between the presidential candidate of the party, Atiku Abubakar and governor of Rivers State, Nyesom Wike. 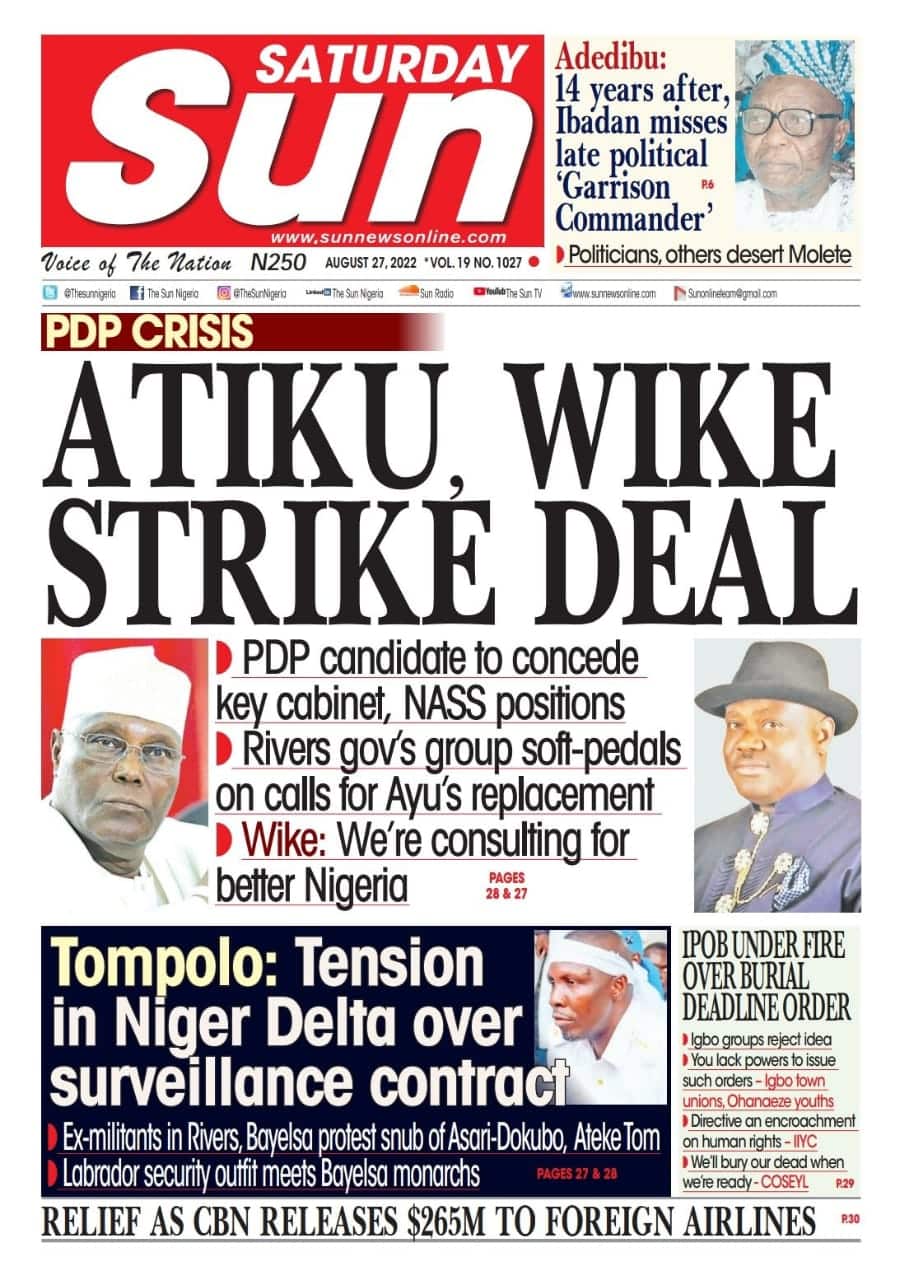