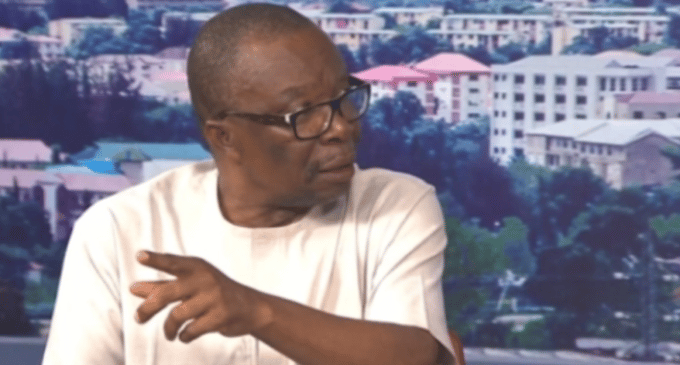 The President of the Academic Staff Union of Universities (ASUU), Emmanuel Osodeke, has described some State Universities as “quacks”.

Speaking on Thursday during an interview on Arise Television, Osodeke said the universities that are not participating in its continued strike are recognised by the union.

“In LASU that you mentioned, we are in court with LASU because they sacked all our executives more than five years ago, so they were not part of this struggle.

In response, the Ekiti State University described the remarks of the ASUU president as “unfortunate, reckless and unwarranted”.

The Head of the Directorate of Information and Corporate Affairs of the institution, Bode Olofinmuagun, made this known in a statement n Friday.

He said categorizing EKSU as among the quack and irrelevant universities is a testimony to the fact that the ASUU President is probably uninformed.

He said EKSU ranked high in the recent ranking of universities and that its programmes are accredited by the National Universities Commission (NUC).

The statement reads: “Even in ASUU, staff of our university had served and still serving in various capacities at zonal and national levels including but not limited to Professor Afolabi Popoola, Dr. Sikiru Eniola, Profs. Eddy Olanipekun, Ayan Adeleke and Olu-Olu Olufayo.

“Therefore, categorizing EKSU as among the quack and irrelevant universities is a testimony to the fact that the ASUU President is probably uninformed and/or is bereft of ideas. This arrant nonsense coming from Comrade Osodeke is totally unacceptable and condemnable.

“The Management calls on Professor Osodeke to toe the path of honour by retracting the provocative remark and tender an unreserved apology without further delay.”