What Yakubu Maikyau Said After Taking Over As New NBA President 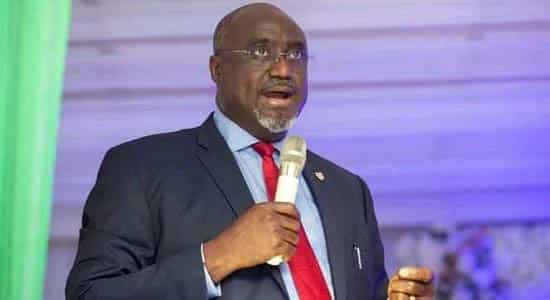 A Senior Advocate of Nigeria (SAN), Yakubu Maikyau, has been inaugurated as the President of the Nigerian Bar Association (NBA).

Naija News reports that Maikyau was sworn in on Friday at the 62nd Annual General Conference of the NBA held at Eko Hotel, Victoria Island, Lagos.

Maikyau takes over from Olumide Akpata as the 31st President of the association.

In his inaugural speech, Maikyau said the dignity of the lives of Nigerians has come under severe attack by various challenges facing the country.

The new NBA President added that Nigeria and Nigerians have been so terrorised and traumatised by many factors.

He said: “Let me emphasise this point in this way; Nigeria and Nigerians have been so terrorised, traumatised and their psyche pauperised by our present-day realities. The dignity of the lives of Nigerians has come under severe attack by these and many factors.

“What is left of this country, which cannot be emasculated in my humble view, is the voice of the legal profession; a voice that derives its life and strength from the person of justice and which cannot be caged or killed.

“This voice must speak against the terror in the land and the hardship that has taken over the lives of our people. This is the charge that my administration undertakes to spearhead.”

Maikyau was born on February 6, 1965, in Kebbi state. He obtained a bachelor of law (LLB) degree from Ahmadu Bello University, Zaria, Kaduna state in 1989, and proceeded to the Nigerian Law School, Victoria Island, Lagos.

Maikyau was called to the Nigerian bar on December 12, 1990. After completing the mandatory National Youth Service Corps programme in 1991, the Maikyau went into private law practice and joined the law firm of Messrs. Danladi Bamaiyi and Company in Sokoto, where he spent about 12 years and rose to become the head of chambers.

He attended the Chartered Institute of Arbitrators, London, between 2013 and 2014 where he obtained a diploma in International Commercial Arbitration, and was subsequently admitted as a fellow of the Institute (FCIArb) in September 2014.

In November 2021, he was admitted as a fellow of the Institute of Chartered Mediators and Conciliators (FICMC).