The PUNCH: Exactly one month to the commencement of campaigns for the presidential and National Assembly elections, the Independent National Electoral Commission has warned political parties and candidates against the use of masqueraders, public facilities and religious centres for campaigns. 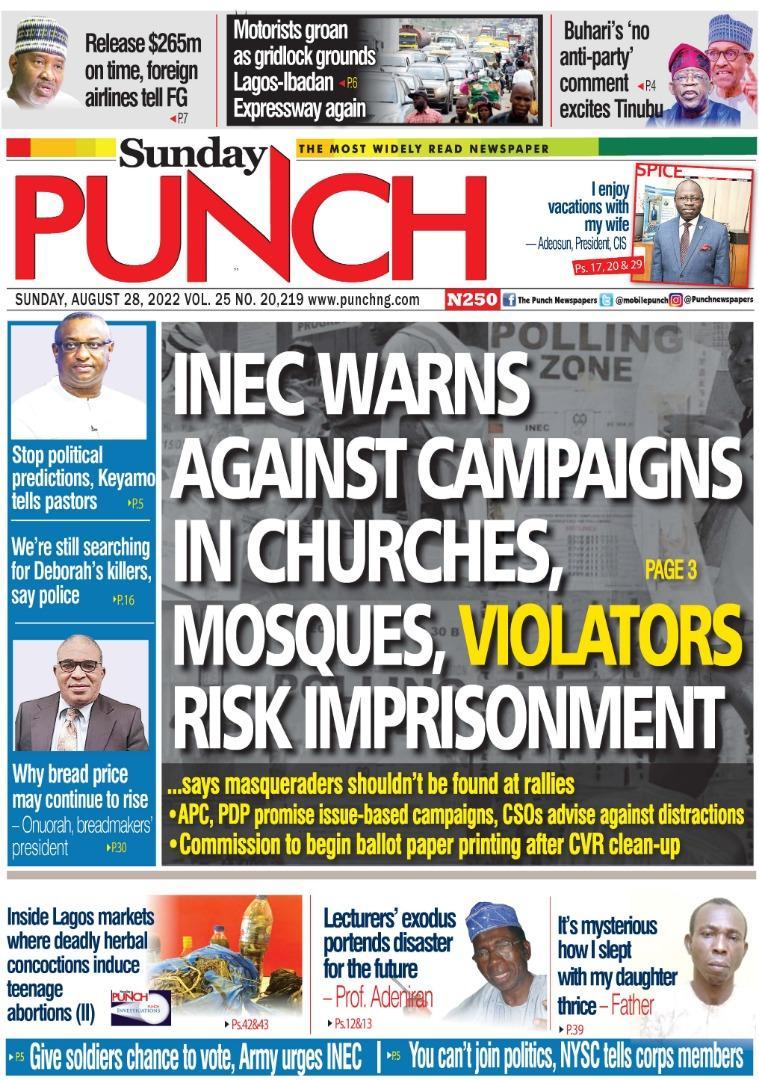 The Guardian: Cutting Nigeria’s huge cost of governance in the face of dwindling economic fortunes may remain a mirage or at best, mere platitudes, going by feelers from the seat of power in Abuja and its corridors across the country. 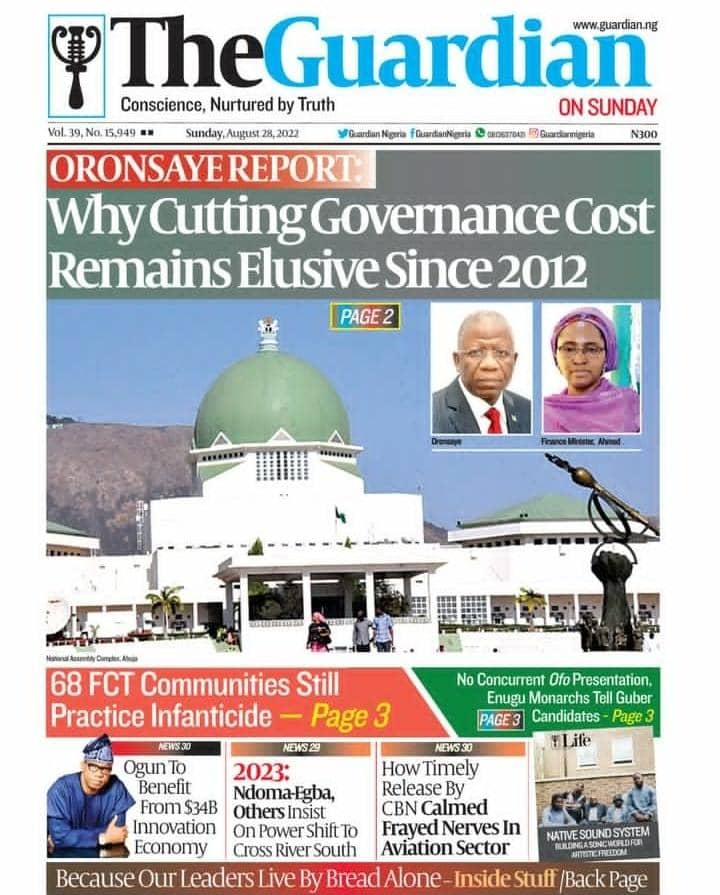 This Day: Some stakeholders in the Peoples Democratic Party (PDP) have expressed outrage and disbelief over the anti-party activities of the Governor of Rivers State, Mr. Nyesom Wike, just as they have described the Rivers State governor’s demands during a meeting with the presidential candidate of the party, Atiku Abubakar in London on Thursday, as unrealistic. 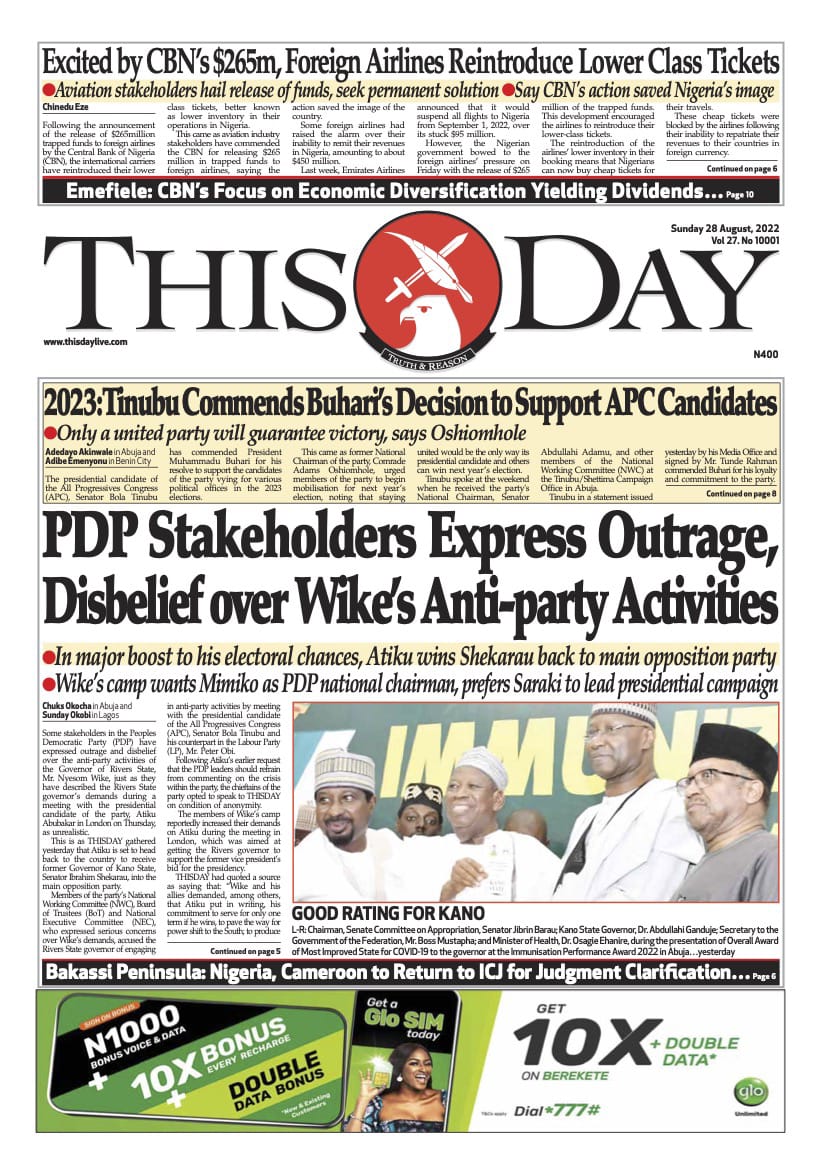 The Nation: The Peoples Democratic Party (PDP) presidential candidate, Alhaji Atiku Abubakar, is facing fresh hurdles in the bid to resolve his differences with Rivers State Governor Nyesom Wike as the various parties intensify preparations for the commencement of campaigns for the 2023 elections. 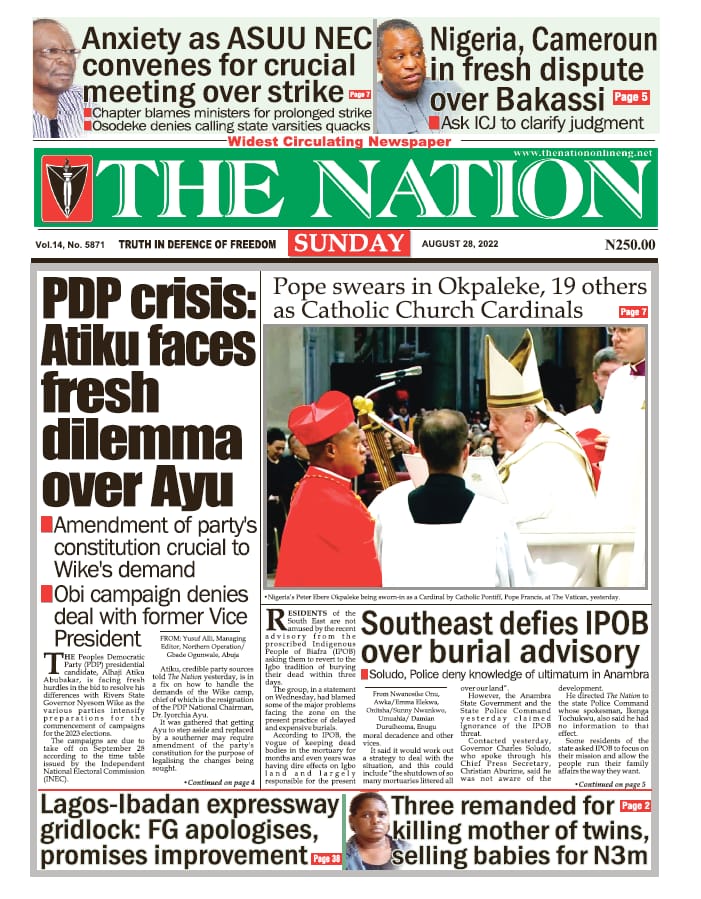 Daily Trust: Nigeria’s influence in the Economic Community of West African States (ECOWAS) has been pushed into snug by smaller nations despite spending billions of naira in running the regional bloc. 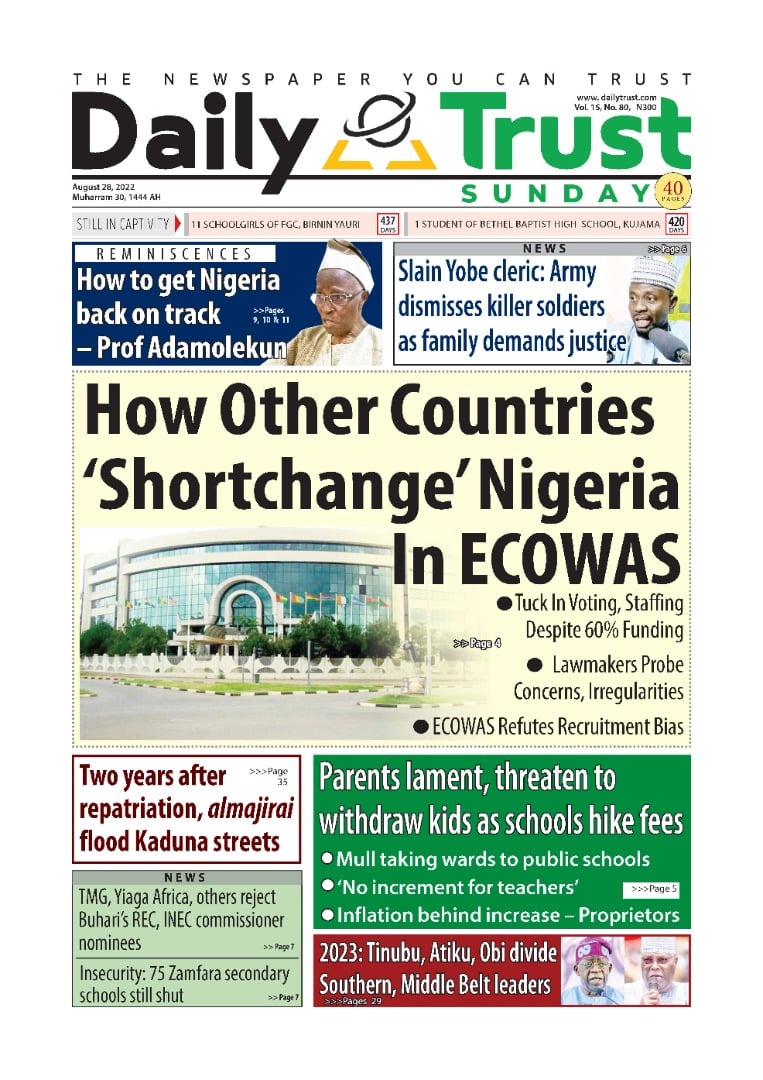