Tension As Atiku’s Camp Sees Peter Obi As A Bigger Threat Than Wike In The South, Moves To Court Labour Party’s Candidate 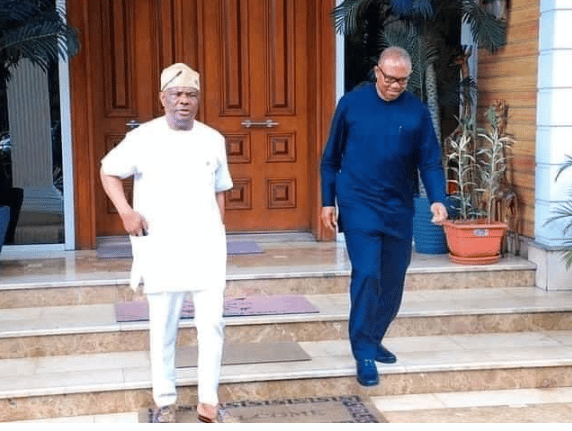 Some members of Atiku’s camp are jittery over the growth of the ‘Obidient’ Movement, supporters of Peter Obi, in the South.

According to The Nation, they believe the challenge from the Southeast – traditionally a PDP stronghold – portends more danger to Atiku’s presidential ambition than the unresolved rift with Governor Nyesom Wike of Rivers State.

While the Atiku camp considers some states in the South-South, such as Cross River and Edo, as vulnerable, there are moves to reach out to Peter Obi to find a mutually beneficial working relationship.

According to sources, Atiku loyalists are hoping to leverage the long-standing political relationship between the two presidential candidates.

Loyalists of Governor Wike have proposed the appointment of Taofeek Arapaja as acting national chairman of the PDP.

Naija News reports that Atiku and Wike, alongside some governors, had been at loggerheads since May 2022, when Atiku emerged as the presidential candidate of the PDP. The crisis escalated after Delta State governor, Ifeanyi Okowa, was unveiled as Atiku’s running mate on June 16. Moves to reconcile all parties have failed.

Atiku had on Thursday met with Wike in London alongside governors of Abia, Benue, Adamawa, and Oyo States. There were other PDP stakeholders like Donald Duke who were in attendance.

According to Premium Times, Wike’s group, at the meeting, demanded the resignation of the national chairman, Iyorchia Ayu, as its condition for sitting down to negotiate with Atiku for the support of the group in the coming presidential election.

Giving reasons for insisting on Ayu’s resignation, Wike’s group stated that his removal would balance the leadership of the party in which all the top national positions in the PDP are being held by members from the northern zones of the country.

According to them, the PDP chairman had pledged to step down should the party nominate a northerner as a presidential candidate.