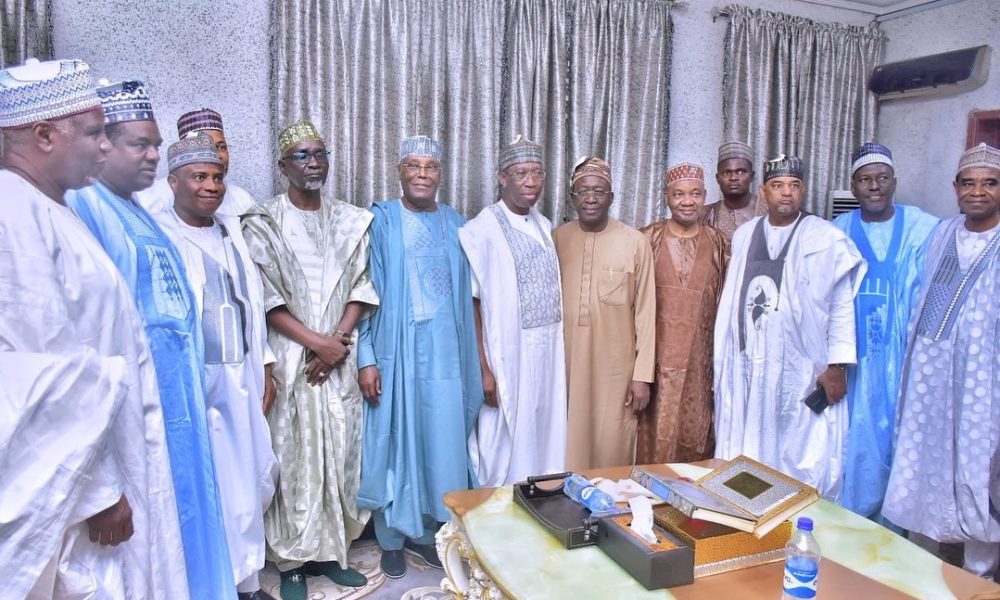 The ceremony to receive Shekarau back from the New Nigeria Peoples Party (NNPP) to the PDP was held in Kano State.

Shekarau defected along with thousands of his fans and supporters after a fallout with the NNPP leader and presidential candidate, Rabiu Kwankwaso.

The former Minister of Education was also presented with his PDP membership card at the ceremony on Monday.

This development has generated several reactions online with some PDP members and supporters welcoming the former governor to the party, while others questioning his political relevance.

Shekarau back to the PDP is a big boost for the Atiku Presidency.

Welcome back to your great party PDP shekarau Atiku Abubakar and our great man Dino 2023 we will win insha Allah pic.twitter.com/1813K1XpTV

A divine sign? Heavy rains in Kano & umbrellas are out in full force

Kano is now in the bag as Gov. Shekarau joins the @atiku campaign to rescue Nigeria from the curse that is APC. Katsina is aligned.

Decamping of Shekarau to PDP will not change the dynamic of Kano politics,he has no any relevance now in Kano politics,he left ganduje to kwankwaso and after 3 months he left kwankwaso too,before election he will leave atiku to APC coz he’s selfish.#AtikuInKano

We Welcome you back to Our Great Party Senator Ibrahim Shekarau. Power To The People ✊🏿. https://t.co/akhcGcYrv2

Former presidential candidate, a two-term governor, Minister of Education, and a serving Senator (Kano Central), Ibrahim Shekarau – who is the most influential political leader in Kano state is now a PDP member.

3 million votes are guaranteed for PDP in Kano.