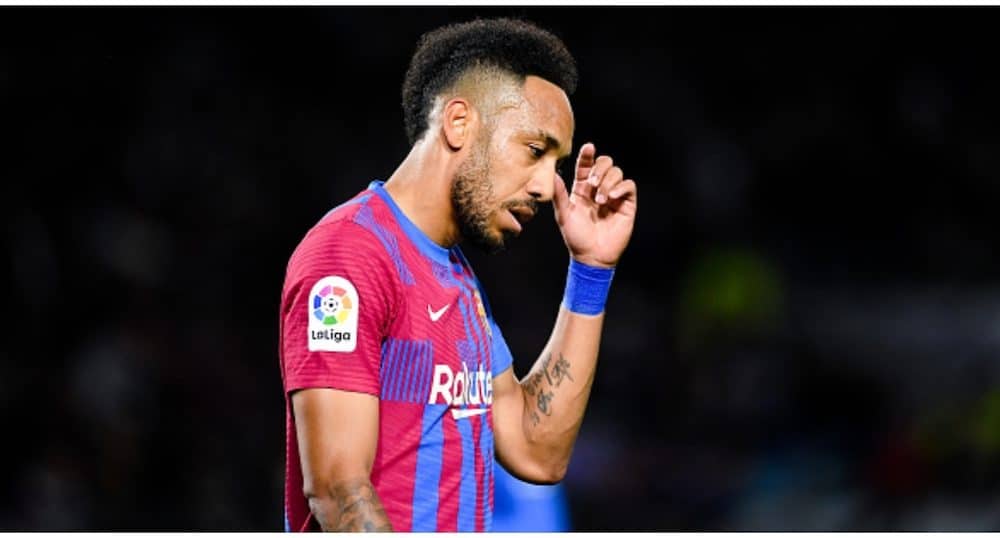 Former Arsenal striker, Pierre-Emerick Aubameyang has been attacked and robbed by unknown gunmen.

The horrible event Naija News learnt happened on Monday morning. The Gabonese international who currently plays as a striker for Barcelona was reportedly assaulted during the armed robbery attack where his wife was also threatened with a gun.

The assailants numbering about four reportedly invaded the player’s apartment in the Castelldefels area of the Catalan capital, armed with firearms and iron bars.

Naija News learnt that Aubameyang was threatened with the weapons before being beaten by the criminals who also escorted his wife to ensure they gained access to a safe inside the property.

Reports said the gunmen carted away valuable items from the safe, including pieces of jewellery, before fleeing in a white Audi A3.

Spanish newspaper, El Pais reports that the incident happened at about 1 am on Monday morning.

It explained further that Aubameyang and his wife have since submitted statements to local police who are now trying to identify and find the robbers.

Barca Universal have confirmed the incident but said Aubameyang and wife have refused to go to the hospital after the attack inorder not to scare their children.

Reports, however, said Barcelona are preparing psychologists to talk to the player’s kids.