The PUNCH: The National Working Committee of the Peoples Democratic Party is presently divided over the demand by the Rivers State Governor, Nyesom Wike, that the party’s National Chairman, Iyorchia Ayu, must resign before he would agree to reconcile with the PDP presidential candidate, Atiku Abubakar. 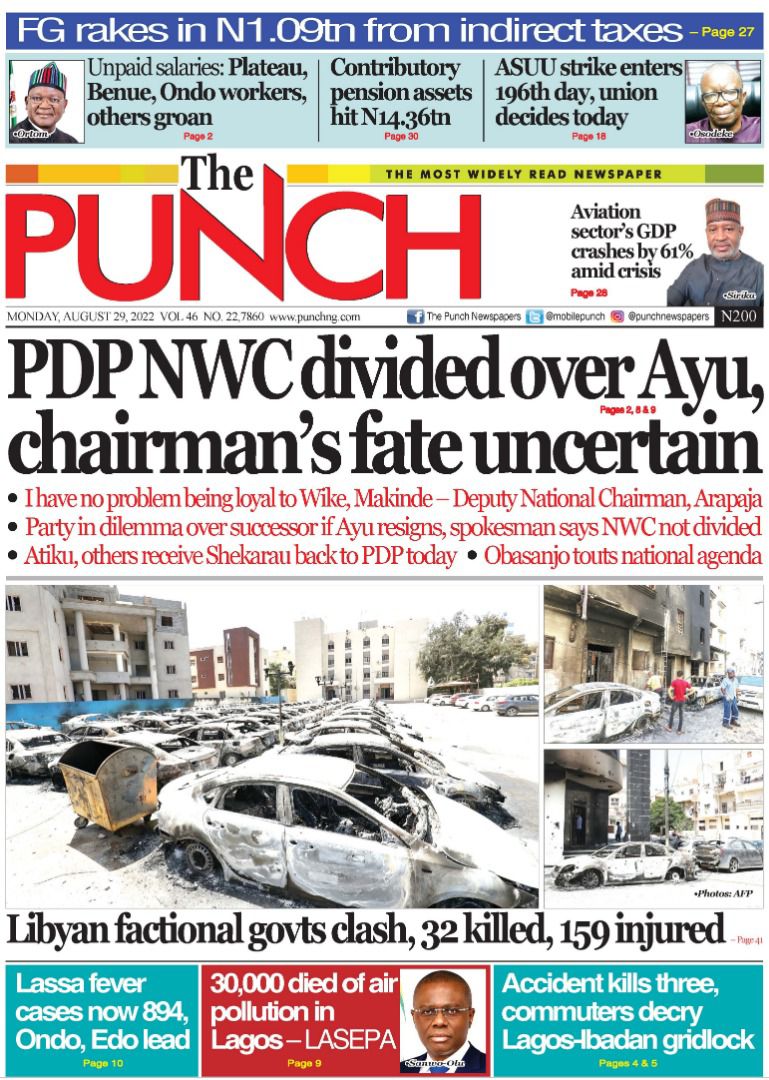 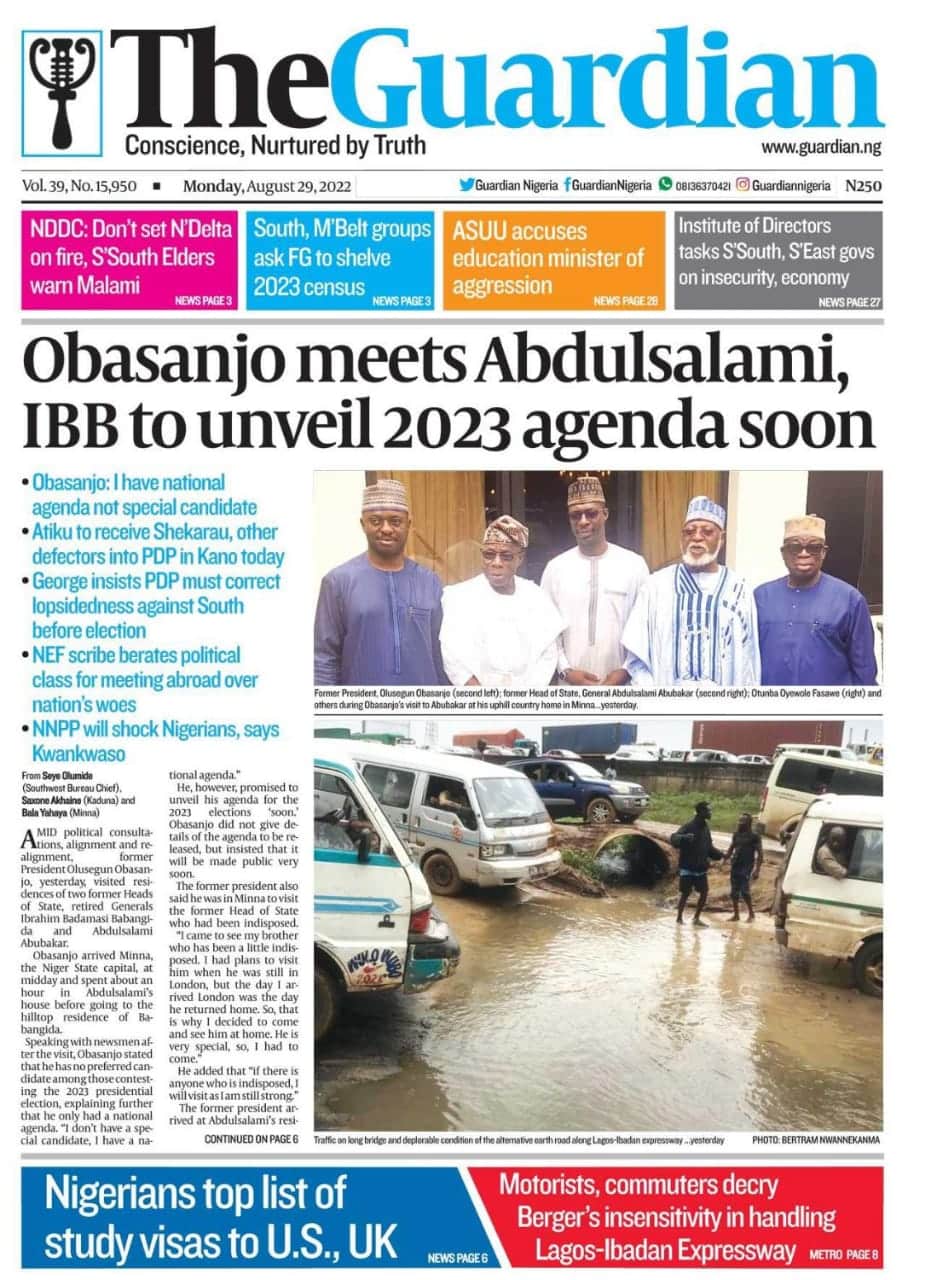 This Day: Last week’s London meeting between the presidential candidate of the All Progressives Congress (APC), Asiwaju Bola Tinubu, and the aggrieved Peoples Democratic Party (PDP) governor of Rivers State, Mr. Nyesom Wike, though shrouded in secrecy, was actually not a successful engagement, THISDAY has learnt. Tinubu was alleged to have declined committing to all of Wike’s conditions precedent to working together during next year’s presidential election. 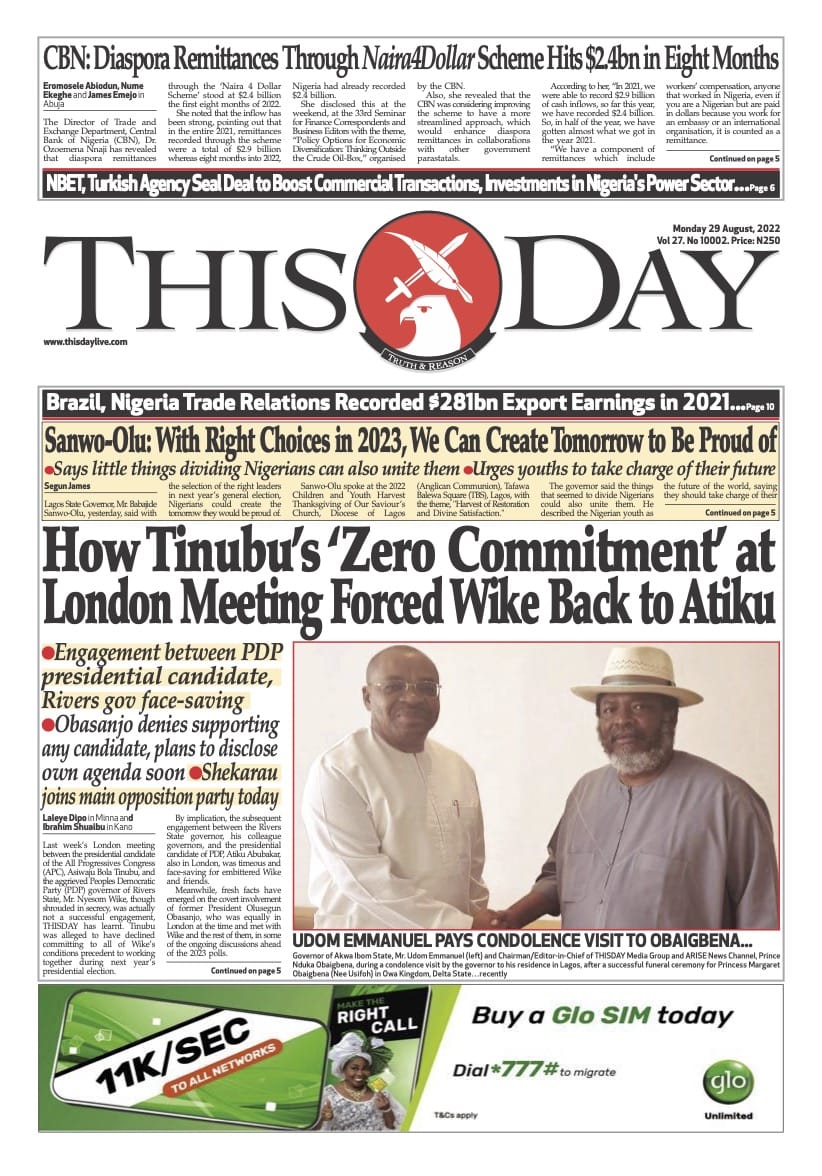 The Nation: Former President Olusegun Obasanjo said yesterday he had no special candidate for next year’s presidential election. The ex-president, however, said he had a national agenda, which would be unveiled soon. He spoke against the backdrop of speculations that Peter Obi of the Labour Party (LP) is his preferred candidate for the race to Aso Villa, Abuja. 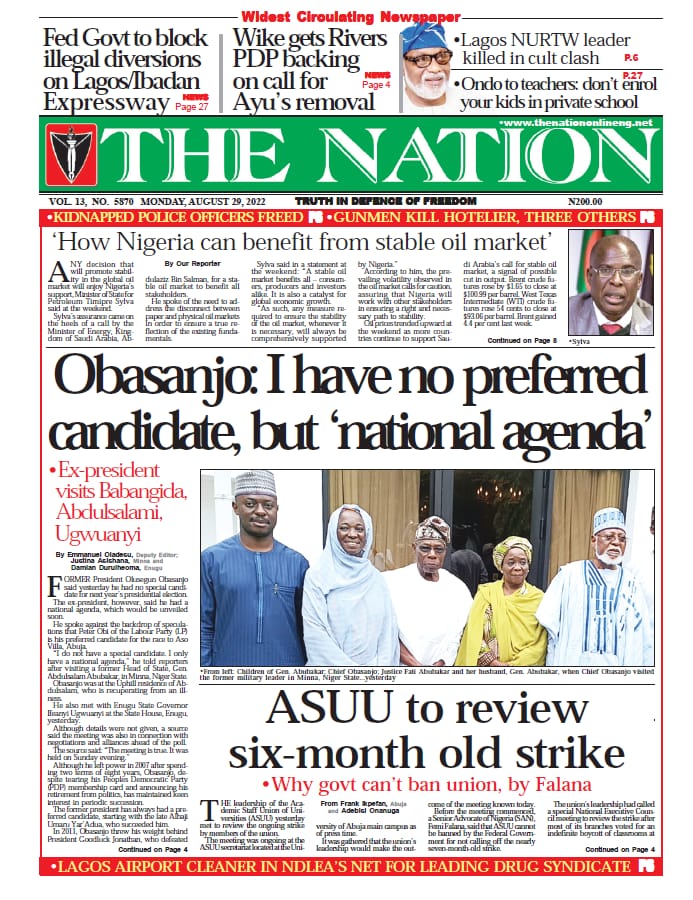 Daily Trust: Persistent brain drain by doctors is depleting the country’s medical care expertise and taking the country farther away from the recommended number of doctors per population, medical associations and experts have said. 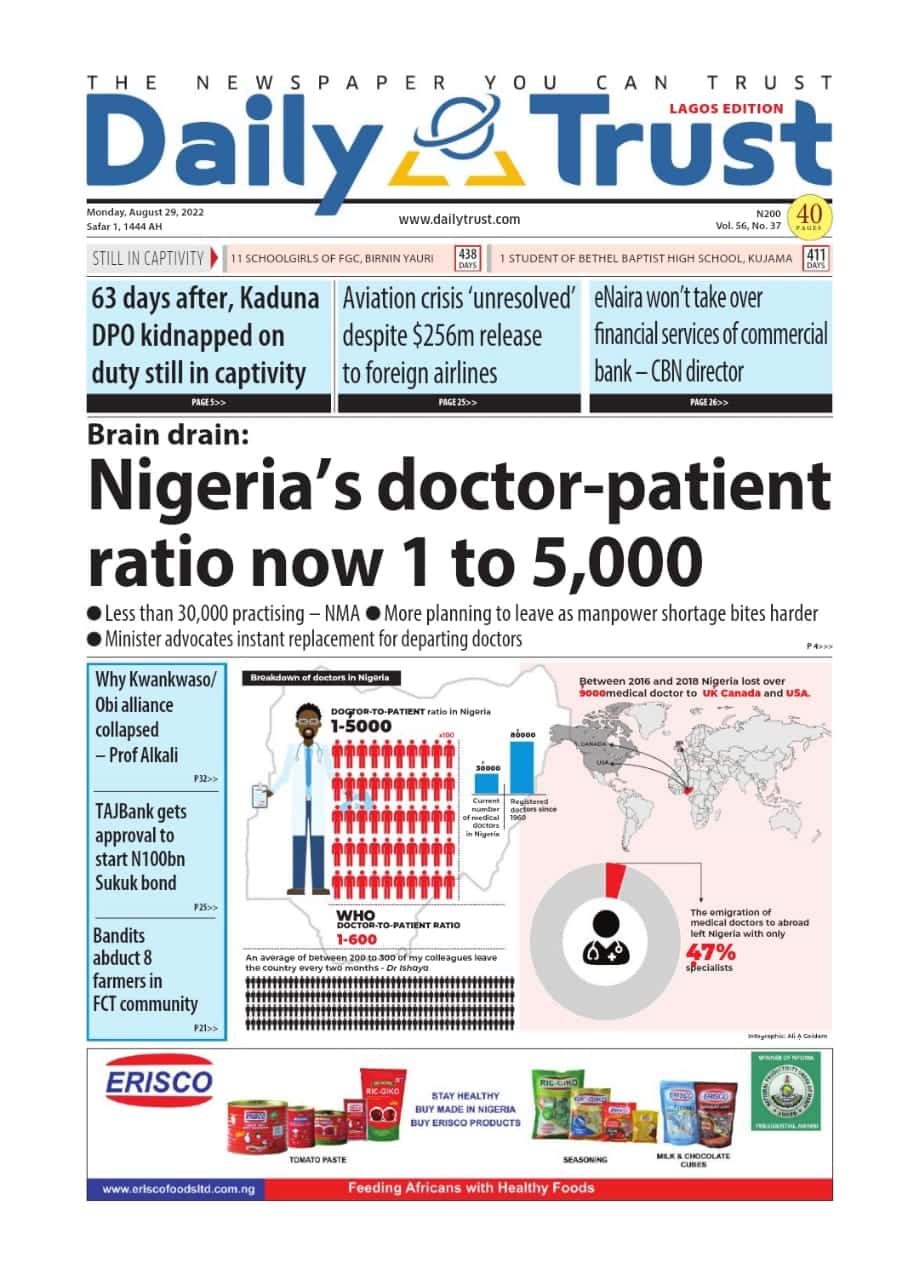