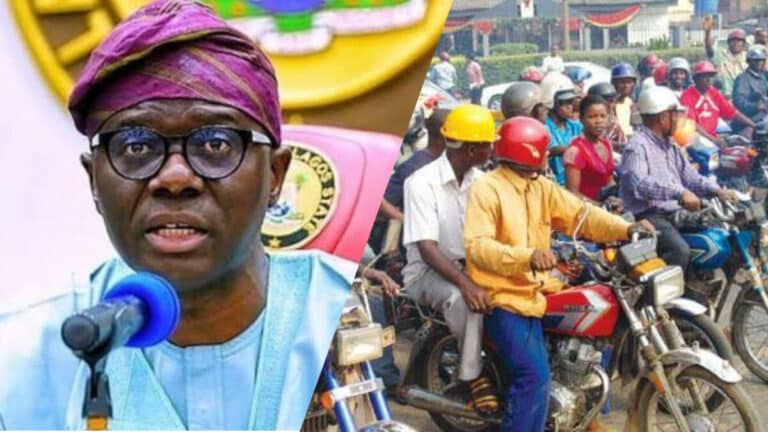 Commercial motorcyclists, popularly called Okada riders, on Monday stormed the office of the governor of Lagos state, Bababjide Sanwo-Olu, in Ikeja, to protest the ban on commercial biking in some parts of the state.

The motorcyclists, who were in their thousands, urged the government to suspend the extended ban on their activities in six Local Government Areas, LGAs, scheduled to commence on September 1, 2022, on Thursday, precisely.

The protesting Okada riders were led by chairman of Motorcycle Operators Association of Lagos State (MOALS), Ramoni Eleniyan and few other union leaders.

Naija News recalls that Sanwo-Olu on May 18, 2022, announced the total ban on Okada operations in six LGAs, and the respective nine Local Council Development Areas, LCDAs, under them including all major bridges and highways of the State.

He also announced the inauguration of the Lagos State Anti-Okada Squad saddled with the responsibility to aid the police and taskforce to implement and enforce total compliance with respect to the law to curtail the unruly activities of the riders.