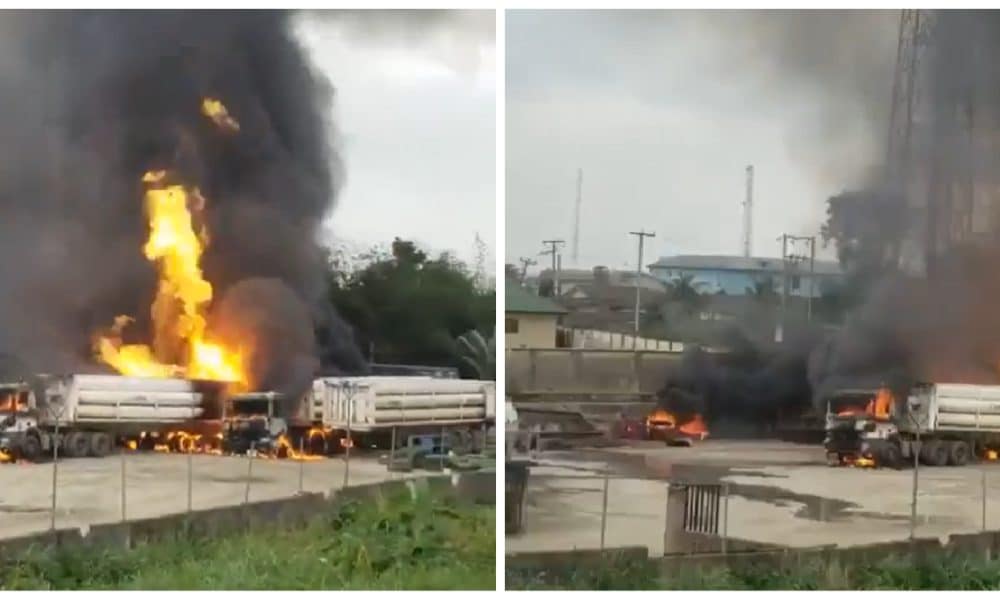 A video has surfaced online showing a massive inferno beside the camp of the Redeemed Christian Church of God, RCCG, along the Lagos-Ibadan expressway.

Naija News understands that the camp’s Fire Service men have responded to the situation in an attempt to stop the fire from spreading on its facility and others nearby.

An eyewitness who resides around the camp area, Manuel Olayinka, confirmed the incident on Twitter but noted that the fire didn’t happen inside the camp but in a private gas plant along the road.

He noted that the RCCG firemen and the Ogun/Lagos State Federal Firefighters are both at the scene to stop the inferno.

Olayinka tweeted: “It is NOT INSIDE Redemption camp! The fire did not affect any RCCG facility. It started in a private gas plant and has been contained by team of RCCG, Ogun state and Lagos state/Federal fire fighters.”

See a video clip of the incident below:

Naija News saw in another video how people were rushing out of the Redemption camp in fear of the unforeseen.

See the video clip below.