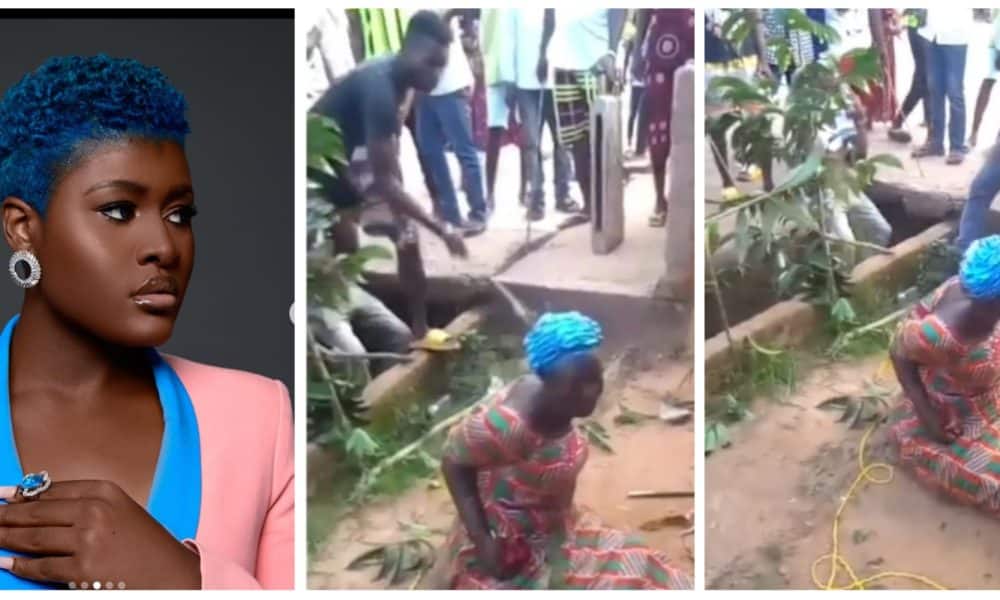 According to Harrison, the widow was assaulted after her late husband’s brother’s wife accused her of being a witch.

He added that while the woman was begging and claiming she was innocent, the community members still tied her legs, flogged and filmed her.

He wrote: “When I talk about widows protection, I’m not asking for too much. Our mothers suffer the most from child delivery.

“Mrs. Amarachi Okechi, a widow was accused of witchcraft by her late husband brother’s wife.

“If you are from Umueghu in Amaegbuato autonomous community Nkpa Bende Local Government, Abia state, your community did this to this woman.

“Even when the woman was begging and telling them she’s innocent, they tied her hand to her back, tied her two legs, flogged and filmed her.

“Her children reached out to the Behind Bars and we have decided to take this matter up no matter what it will cost us. This is barbaric and should be condemned by all.

This generated outrage online as many netizens including Alex condemned the act.

alex_unusual wrote: “This is heartless”

ebycandi wrote: “Arrest all of them”

chigozie_ehim1 wrote: “Some of the elders may have made advances to her and she refused. Now they have the opportunity to deal with her. This evil must stop. The police should arrest everyone involved. They belong to the prison.”

amaka_benny wrote: “This is not fair, what if the woman made such accusation out of hate”

salli_bae wrote: “This is so wrong na all shades of wrong”

cynthia_chidimma_ wrote: “this is extremely disheartening Can someone help with the Abia state first lady’s handle so we can tag her”

adaeze_ezeilo wrote: “I can’t believe people still engage in these barbaric acts in 2022”

rhodaofficial_ wrote: “This is why we hustle to have money ooo make person no turn person mama to witch can u do that to a widow with well to do kids? Barbarism in its peak!”